The Costume Museum and Vintage Shopping

Two outings to share today. The first was actually the vintage shopping which took place in Koenji. I have read that there are more than 70 vintage shops in this area and it is easy to believe while strolling up just one of the neighbourhood's  streets. 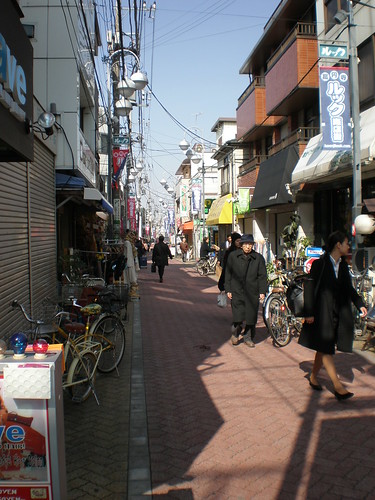 If you didn't know it was vintage mecca you would take it for a suburban neighbourhood with little old ladies and mothers with babies very much in evidence. I suspect it all changes at the weekend but as this was a weekday I was free to stroll around and browse at will. Shops varied from general... 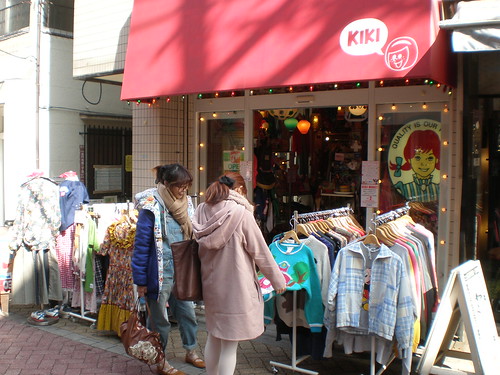 ...to those covering a certain period... 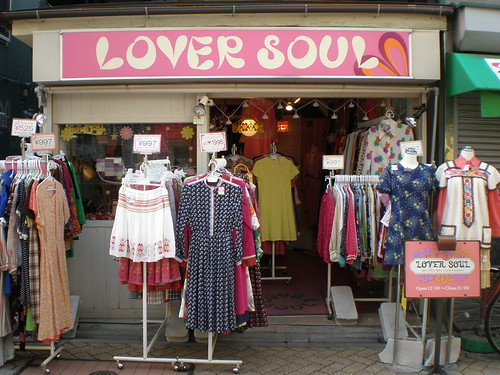 Prices also varied from reasonable to astronomic, although some of the dresses were absolutely divine.

One of the things I am not sure about is what the well dressed Japanese was wearing in the sixties, which I will have to look into in more detail. I had hoped for some enlightenment at the Bunko Gakuen Costume Museum but as luck would have it I happened to time my first visit with a special exhibition of European fashions from 1800-2000. 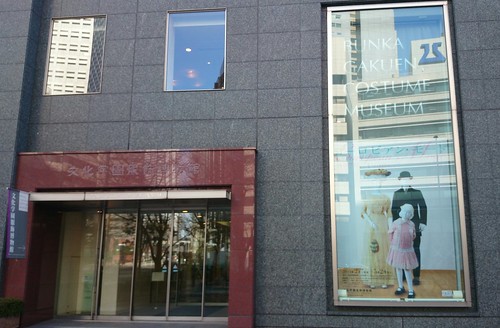 It was almost as if I was in the V&A in London as I strolled around the beautiful but tiny outfits from 200+ years ago. As time spooled forward I noticed some familiar outlines and very familiar names. A Jean Deses draped evening dress from 1953 was one of the most beautiful things I've ever seen. No photos in the museum and I can't find it now on google. A purple Thierry Mugler jacket from 1988 was sadistically beautiful.
While a Balenciaga pink silk evening dress was a masterclass in pattern cutting. Like this one but floor length and cerise pink.
There were also a small number of modern Japanese designers represented which naturally must include Issey Miyake. The dress shown was a 'Rhythm Pleats' dress from 1990.
I ended up pretty much pirouetting around the dress as I tried to work out how it was constructed. Astonishing that there isn't any wire involved. The one I saw was red and yellow but otherwise the same with the neck and one armhole on one side (within one circle) and the other armhole on the other side. It must feel amazing to wear something like that - as if it's alive!