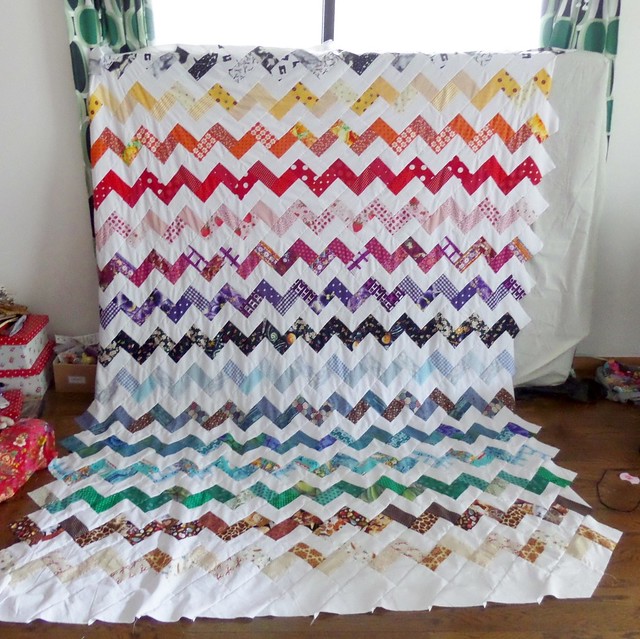 I have no idea what to do with it. It seems silly to quilt it while I am here as then I'll need to transport the bulkier finished version of it back home again. So I have decided to leave it like this and decide what to do with it whenever I arrive back in the UK. 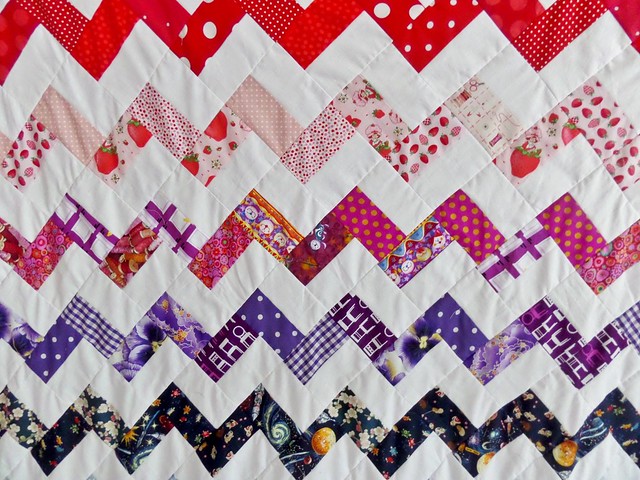 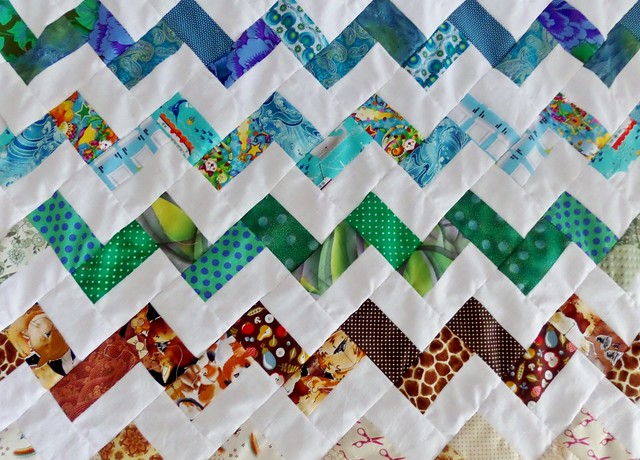 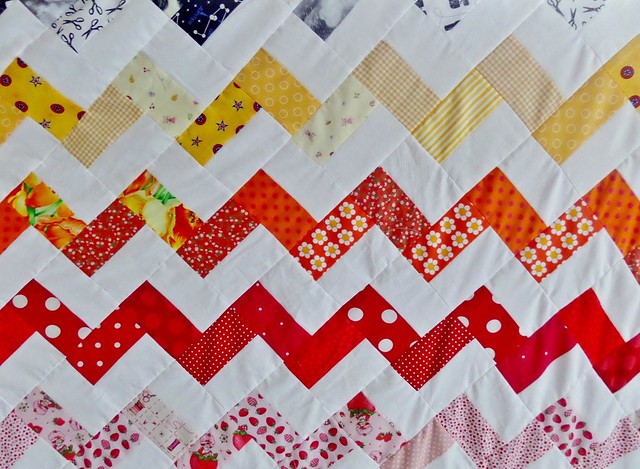 Posted by littlelixie at 3:31 am 2 comments: Links to this post

There are various ups and downs here at present so to distract myself I have been going gung ho on this big'un. 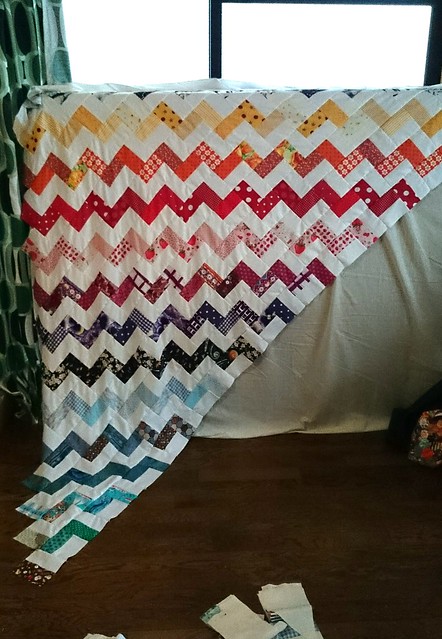 That is a double mattress on its side that it is draped over, so you can tell that it is quite wide. And it was when I draped it there that I realised I had perhaps overestimated the number of blocks required.

I have always liked zig zag quilts but loath patchwork with triangles so loved this idea of working on the diagonal when I came across it on Pinterest. I was trying to think when I cut out the pieces, since this is a project I brought with me from the UK, at which time only about half the colour/white squares were sewn and trimmed to size. It turns out it was a year ago exactly give or take a couple of weeks. I linked to the tutorial in that post. 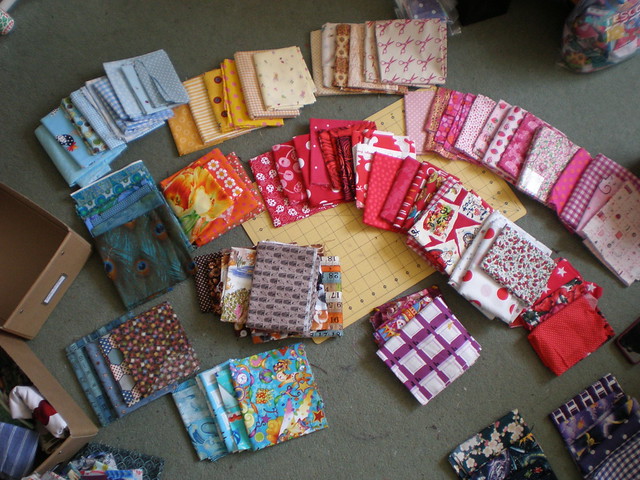 I can still remember making the colour piles out of all my fat quarters and looking at them against the green carpet. It would be clean only for a minute or two after I'd finished hoovering and then all the bits of thread would start accumulating again. I've been thinking about that flat a lot recently. I really liked it and felt very at home there. I recently downloaded a 'Home Sweet Home' pattern to make for a friend. It all makes you think.

A History of Pooch, the World Cup and Me

Pooch is a football fanatic. By day he supports Manchester United, but on special occasions he supports England. Pooch and I met in 2004 and by our first World Cup as a couple (2006) we were living together in relative harmony. I was blogging back then and graphed the amount of time the two of us spent together each day when not sleeping during that period. 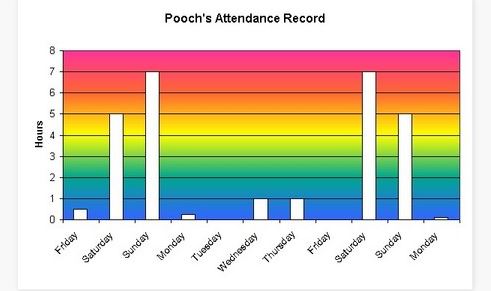 In 2010 we were in Istanbul on holiday for much of it, and I had got used to Pooch's obsession, helped by the beauty of the city. 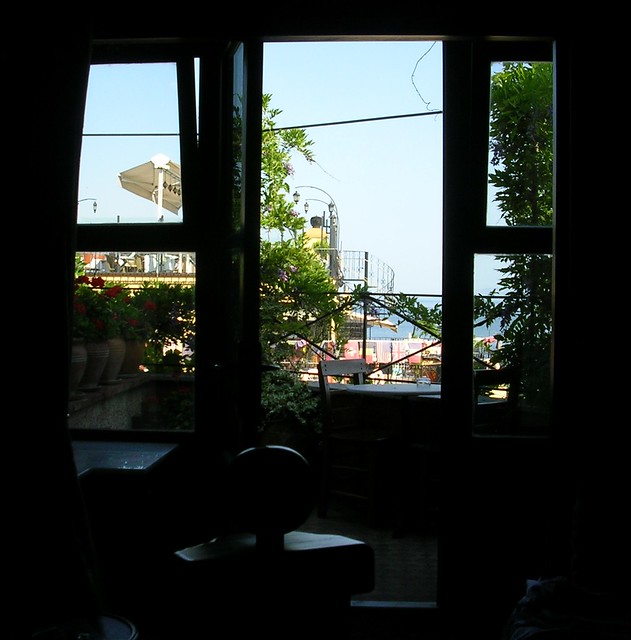 In 2014, after a divorce and getting remarried, we are in Tokyo so have missed any UK build up there might have been although I understand that had been quite low key. However, Pooch's passion is not diminished and his preparations have been single minded. This saw both of us in a seedy sports bar in Roppongi - an area of Tokyo kind of like Soho in the 80s - at 7am the day of the first England game. The key difference to previous occasions we had watched a match together was that in this bar a lot of people had clearly been there all night and a lot were clearly asleep. 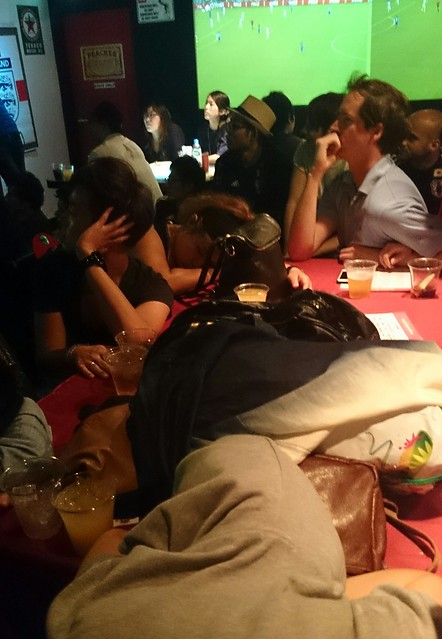 They woke up when England appeared to score in the first five minutes and Pooch let out a roar like an attacking Wampa (Star Wars reference). Sadly England lost the game, and the following one, and are now out of the World Cup.

The point, however, is that at some point during these tournaments Pooch feels mildly guilty about the amount of time he is spending on football and the subsequent neglect of his wife and tries to make amends by offering to do something he wouldn't normally. This time it was going to a Cat Cafe. Pooch always says he is allergic to cats so I had expected him to sit in a corner and look grumpy, but to be fair he sat down next to a cat and was straight in there. 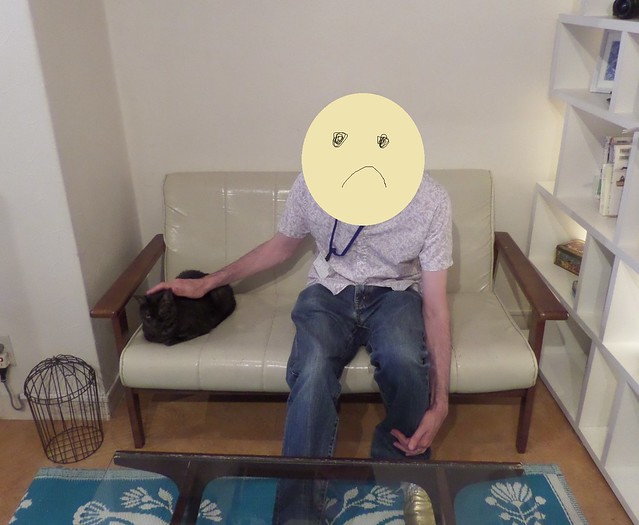 Then he saw Bruiser. I had of course told him about him (Pooch about Bruiser, not vice versa) and those of you with good memories will remember that Bruiser hates everyone and everything. Here he is on a previous visit. 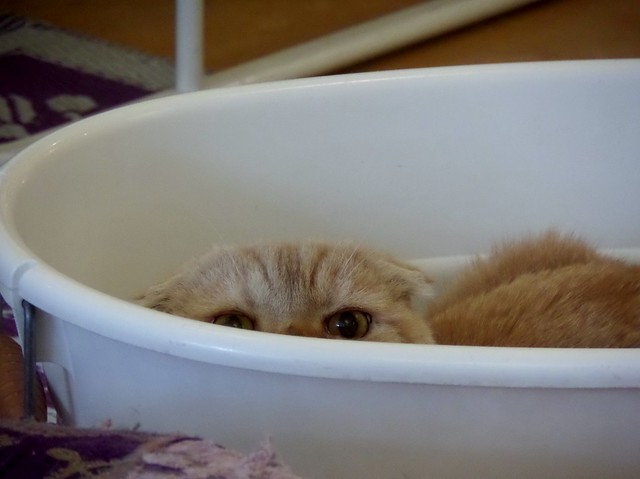 Pooch immediately felt a connection to an animal his true equal in grumpiness. 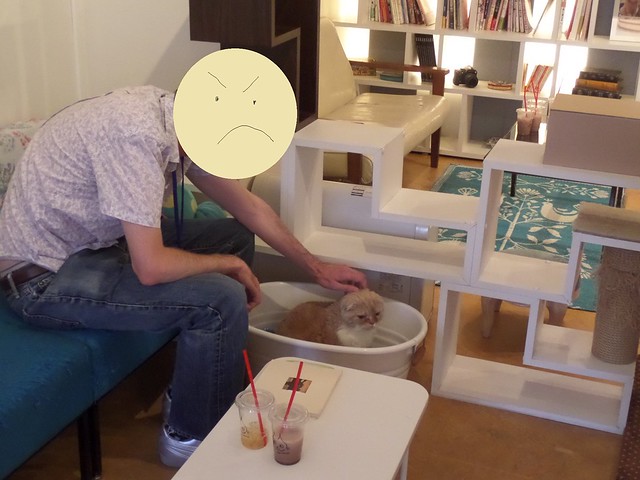 Naturally Bruiser resented the affection and took a swipe at him. This did not deter Pooch who spent the rest of our time there talking to and occasionally risking a stroke of Bruiser's crazily thick fur. When we left he then proposed an amendment to our agreement to get a cat once we own our own home (an agreement that has been tortuously arrived at over 10 years) - that when we do get a cat it should be a grumpy one like Bruiser. To round off the outing we then went to a Japanese ice cream shop I've eyed up on previous visits to Ebisu. Partly because you can get ice cream that looks like a bear. 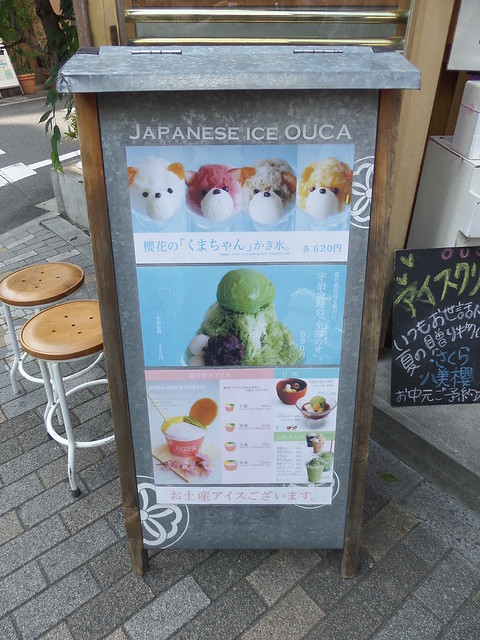 Neither of us went for the bear in the end but we did get some amazing flavours like melon, water melon, brown sugar, tomato, macha and milk. The texture was less creamy than english ice cream and slightly more like a granita, but still extremely delicious. The day was hot and humid so the melon in particular was very refreshing!

To finish, some of you may have noticed the new blog design.

My previous effort failed magnificently when the header I'd created was too short which left me with that odd pale plue design for ages. I much prefer this one. Let me know what you think!

Edit: Pooch complained at my using pictures of him on my blog despite having been fine with this on many other occasions. I've therefore removed his face from the photos.


Posted by littlelixie at 3:44 am No comments: Links to this post