I had long wanted to try this so when I saw it as an activity on Meet-up.com I was all in. I met a group of 16 others in Asakusa and the organiser took us along many back streets until we arrived at Wanariya - which I have since found has a really good english website. It was a bit like the 'paint your own pottery' places I've been to in London where you choose an item, decorate it and then they bake it for you. Here we could choose from t-shirts, bags or simple cloths and there were lots of examples around to inspire you. 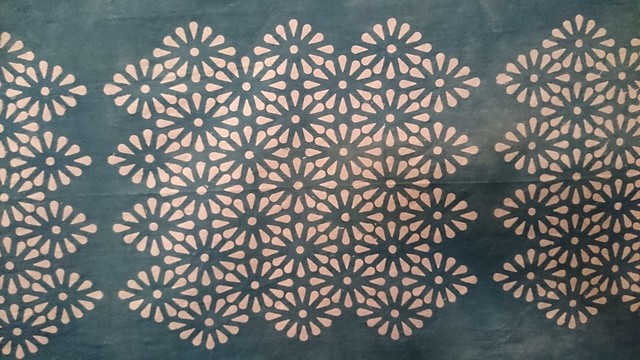 I chose a rectangular cloth. We had a little lecture in english and japanese to start all about the history of indigo and its manufacture and then we were off. The teacher was suitably dressed with encouragingly blue tinted hands. 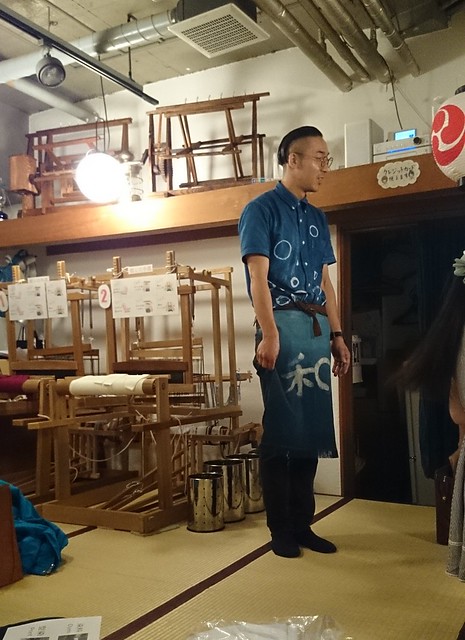 I was quite disappointed that we could only try the tie-dye technique since that was a bit 1988 for me but, as they say over here, "comme ci, comme ca". 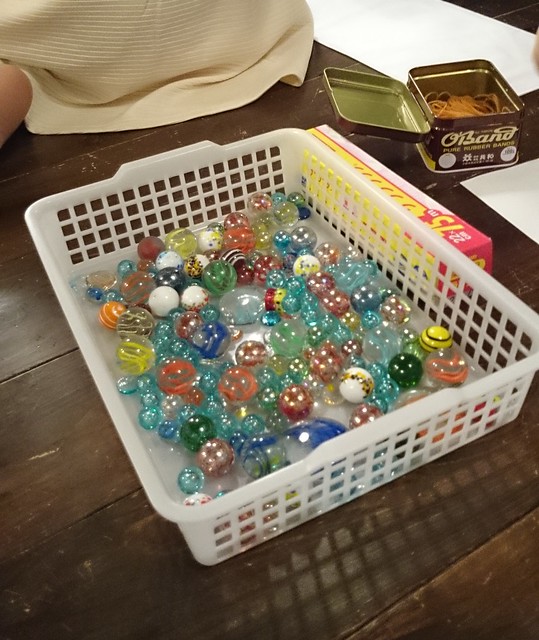 My cloth ended up looking like an unpainted lab model of an STD. 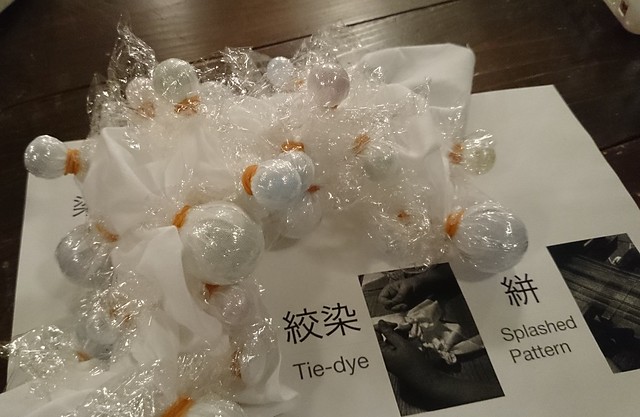 In retrospect this wasn't a great idea as I was just going to end up with big white splodges, but I was mainly in it for the dye so didn't think about it at the time. We were kitted out with plastic shoe protectors, smocks, clear plastic gloves and then blue elbow length gloves over those. 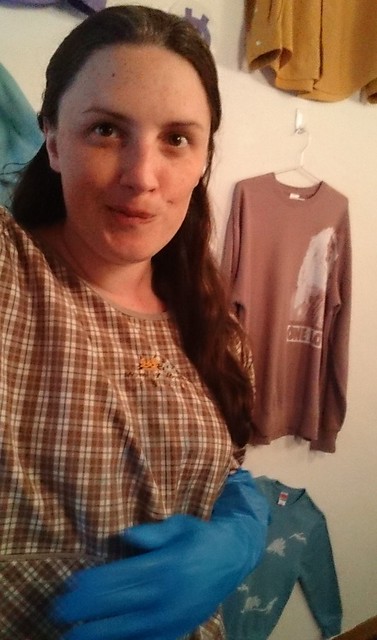 Basically - that dye wasn't going anywhere near your person unless you went in head first. The vats were capable of taking a whole person since they were these metal oil drums. So much liquid! 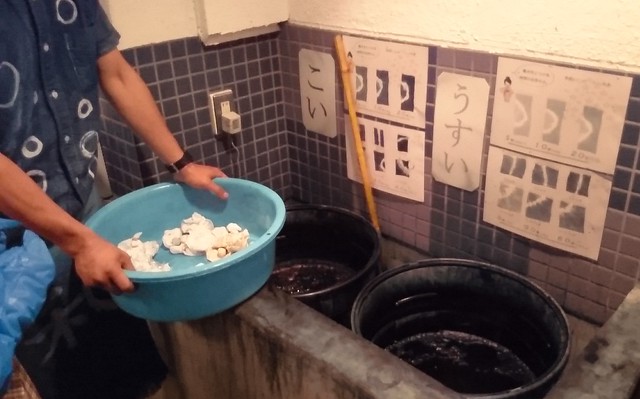 You only need 60 seconds in one to get the full colour so the deed was done and then you get it out, squeeze out the excess and wait for the blue to arrive. 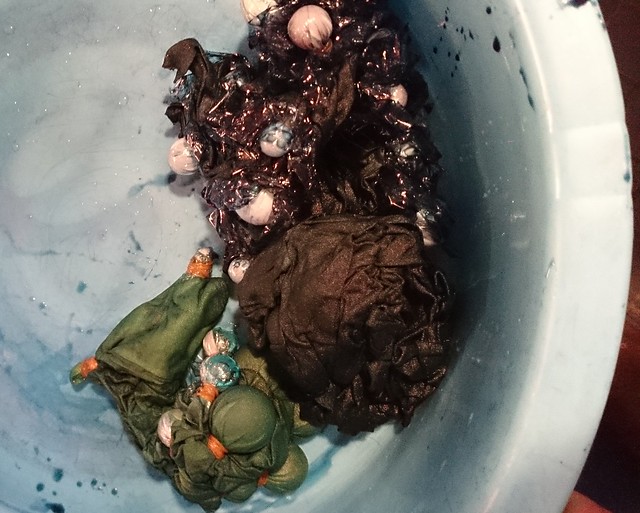 You can see in the photo above that mine, at the top, was already dark blue while the green one at the bottom was only just out of the vat so not yet developed. It was pretty cool to watch it change. More rinsing and a quick spin... 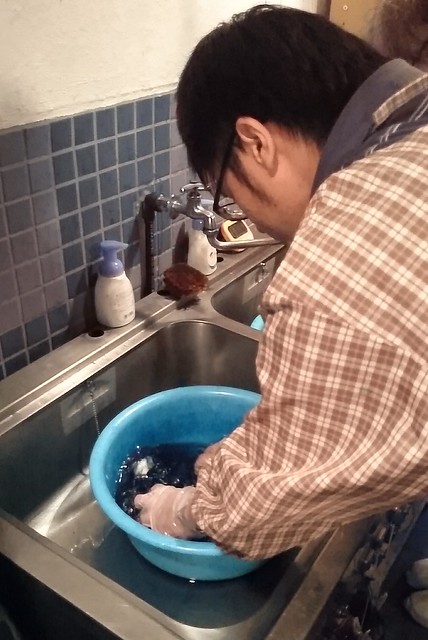 ...and it was time to try and get those elastic bands off. 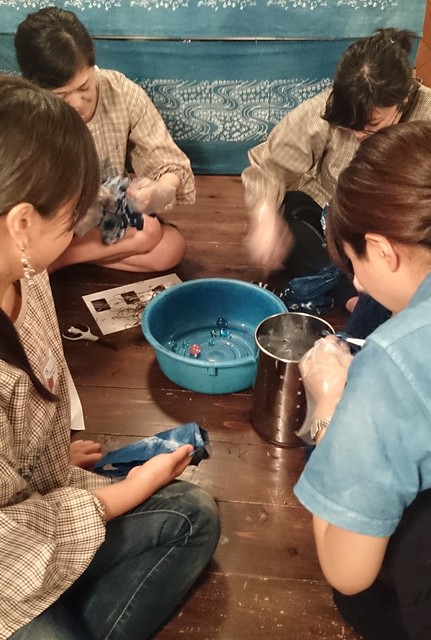 And this is how they all turned out. 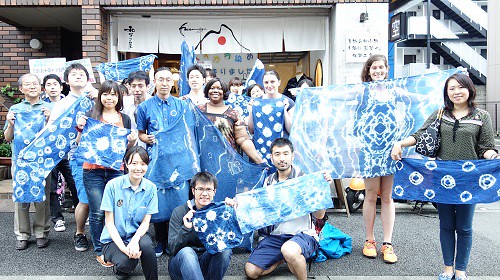 The eagle eyed among you will have noticed the looms in the background of the teacher photo. 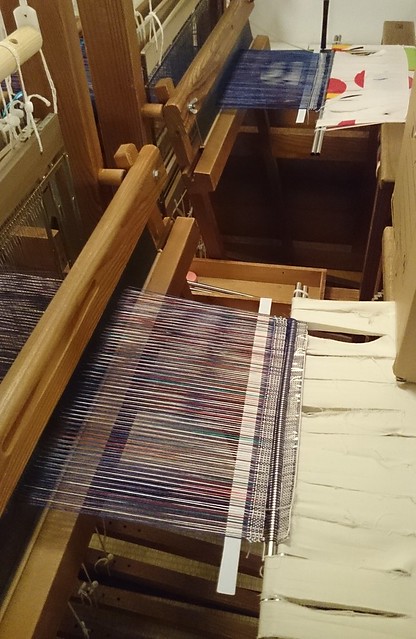 Turns out this place does traditional weaving too and so while I was there I booked in for a weaving lesson. Only the most basic one - making two coasters - but I've always wanted to try so am very excited!

Posted by littlelixie at 6:00 am

Oh wow, what an interesting workshop!

I rather like your white splodges - they make me think of supernovas!

Weaving is wonderful and I think you will have a great time learning the basics. So nice to see other people expanding their craft horizons!