Today is the most romantic day of the japanese year! I was told the story behind this on the way to the Indigo Dyeing place. It is so bitter sweet! This version is from Wikipedia. 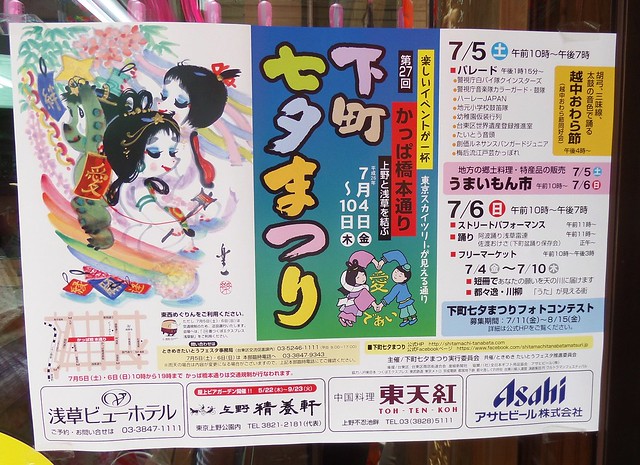 Orihime, daughter of the Tentei (Sky King), wove beautiful clothes by the bank of the Amanogawa (Milky Way). Her father loved the cloth that she wove and so she worked very hard every day to weave it. However, Orihime was sad that because of her hard work she could never meet and fall in love with anyone. Concerned about his daughter, Tentei arranged for her to meet Hikoboshi (a cow herder) who lived and worked on the other side of the Amanogawa. When the two met, they fell instantly in love with each other and married shortly thereafter. However, once married, Orihime no longer wove cloth for Tentei and Hikoboshi allowed his cows to stray all over Heaven. In anger, Tentei separated the two lovers across the Amanogawa and forbade them to meet. Orihime became despondent at the loss of her husband and asked her father to let them meet again. Tentei was moved by his daughter’s tears and allowed the two to meet on the 7th day of the 7th month if she worked hard and finished her weaving. However, the first time they tried to meet they found they could not cross the river because there was no bridge. Orihime cried so much that a flock of magpies came and promised to make a bridge with their wings so that she could cross the river. It is said that if it rains on Tanabata, the magpies cannot come and the two lovers must wait until another year to meet.

However, it wasn't yesterday, which is when I went to the Shitamachi Tanabata Matsuri. 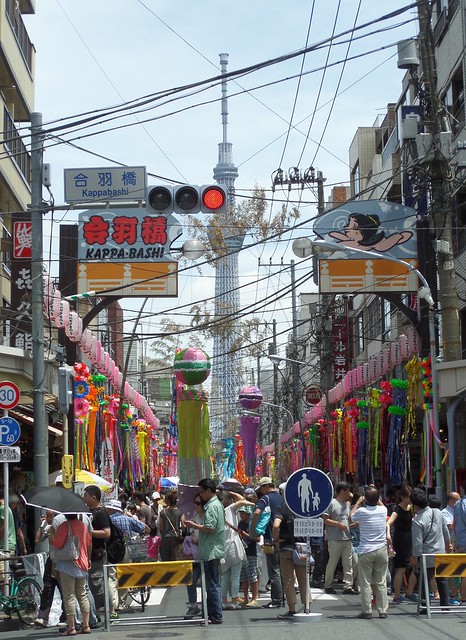 That is Tokyo's Skytree Tower, in case you were wondering, which is a fairly recent landmark. The festival was awesome! Let me lay some pictures on you. 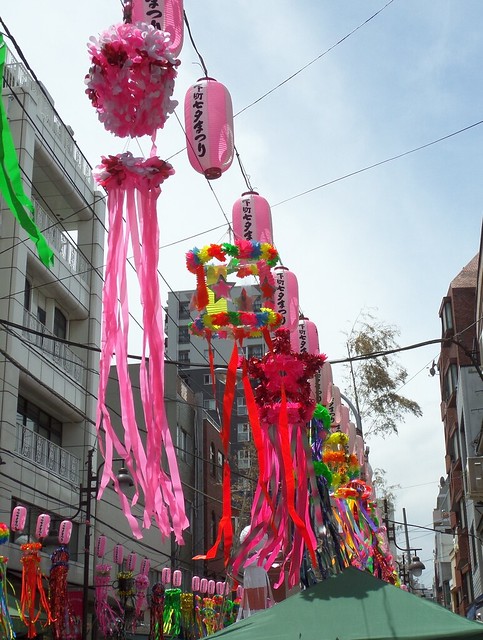 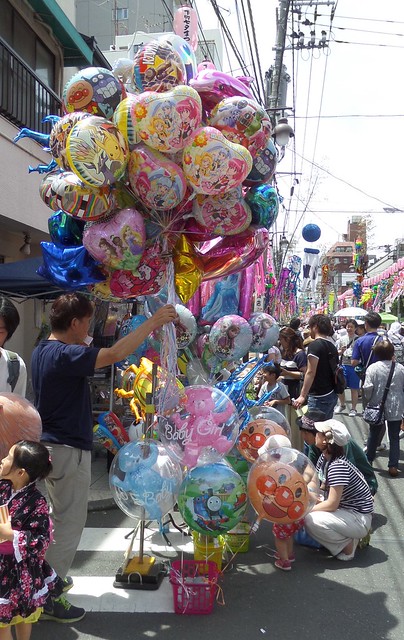 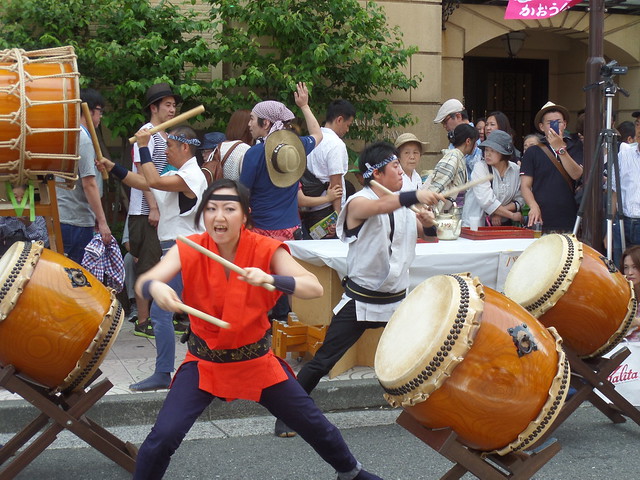 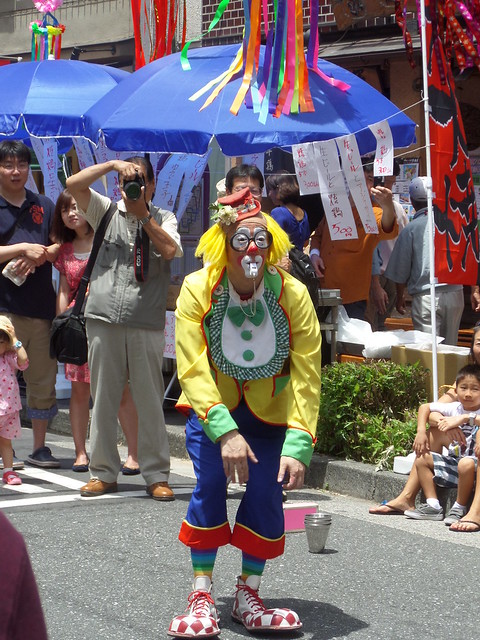 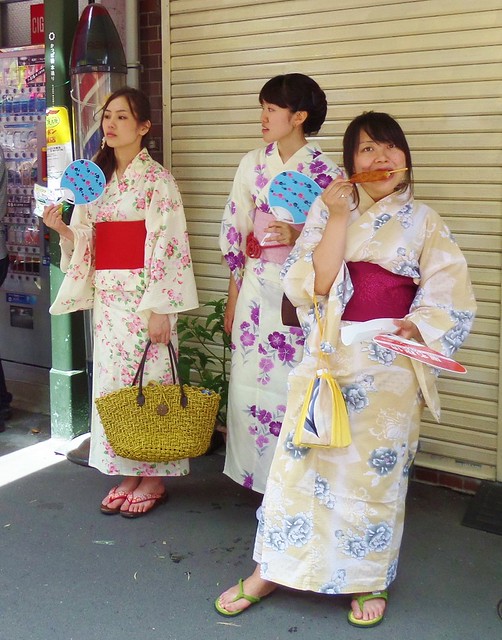 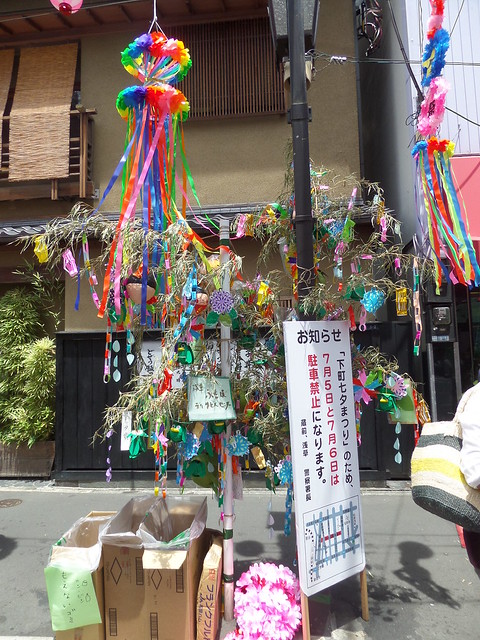 That last one is a branch of bamboo more or less duck taped to a lamp post. It is said that if you write a wish down and tie it to a bamboo tree it will come true at midnight tonight. Apparently it works even if the branch is no longer attached to the tree. I'd also never seen women in traditional dress eating sausage-on-a-stick or kebabs before, but caught both yesterday. The street performers were great. This guy was wobbling about on a ladder while getting ready to juggle three clubs. 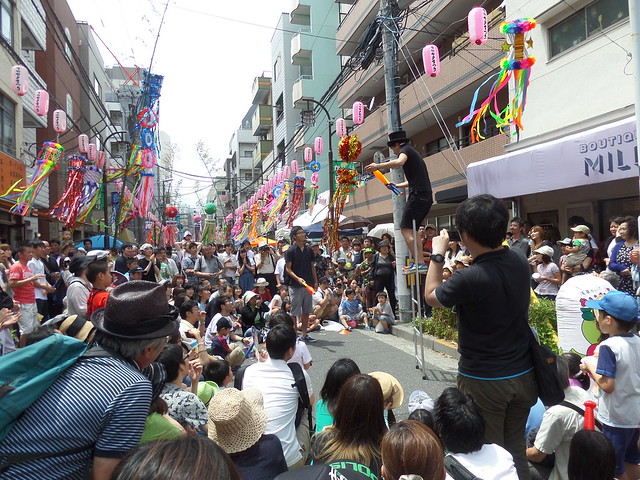 The reluctant volunteer standing in the middle of the photo was waiting to throw him the third club and as the ladder wobbled to face different directions he kept being asked to move round to face the performer, who would then wobble in another direction. It was very funny even though I couldn't understand a word. The real highlight for me though were the groups of dancers, of which I saw two. Each one was a procession with a group of delicately dressed and elegantly moving women at the front followed by a group of "men" dancing quite raucously behind them, followed by musicians. I say "men" because some of them were women, but I'm guessing it wasn't always like that. The contrast between the women and men's groups were striking and the men's group were really enjoying themselves, like they expected to catch their ladies in the end. 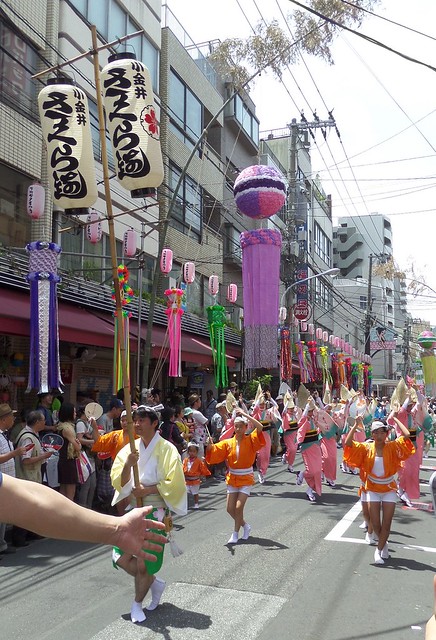 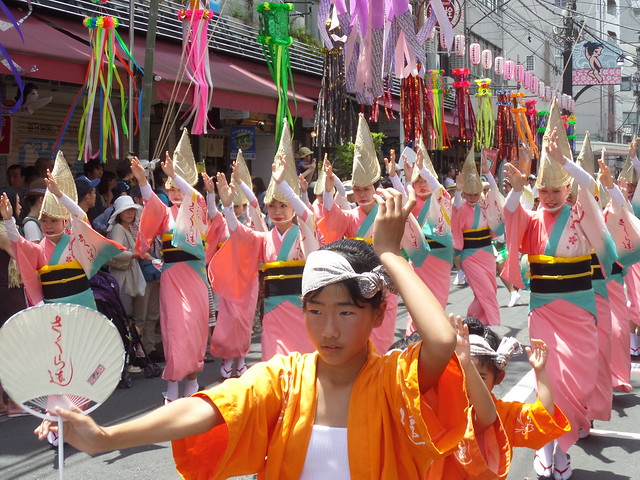 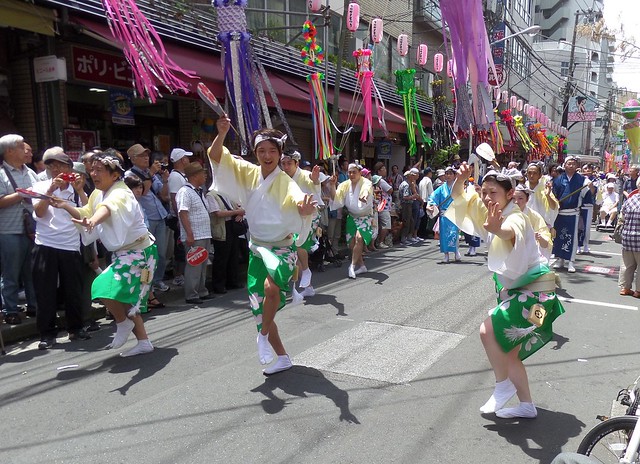 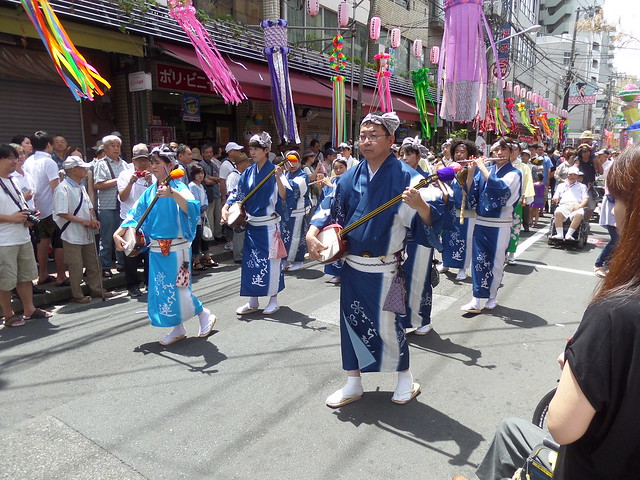 Every now and again the procession would pause for some set piece dance - first with the ladies and then with the men. 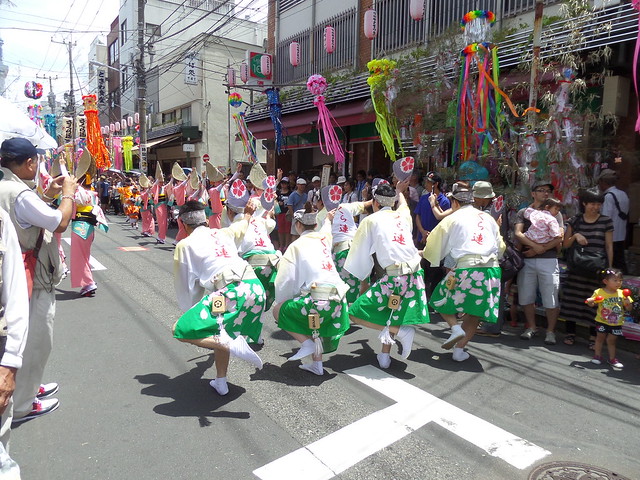 It was really brilliant! I'm so glad I went.