My last post reported two sewn finished objects. This post has got two knitted ones. I first knit the free pattern 'Autumn Cardigan' (Rav link to free pattern) for Jasmine when she was about 6 months old. My sister adored it but it was almost immediately outgrown. The pattern only goes up to a year or so old so I sized it up to take her to 2ish. 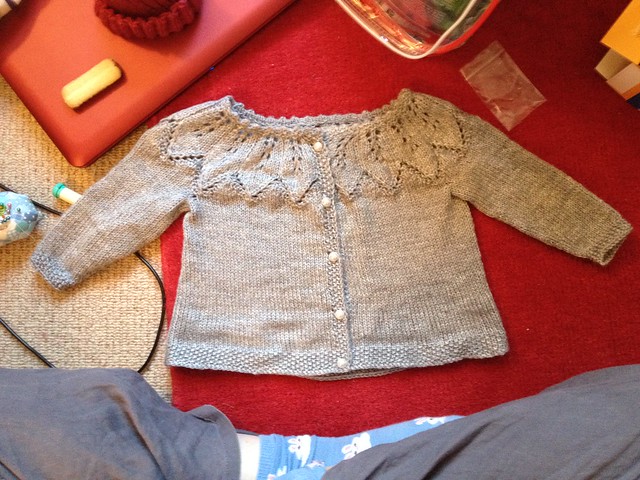 I used an acrylic I thought would machine wash well since if I've learned one thing from this visit it is that she is a mucky puppy. No worse, I'm sure, than any other littl'un wanting to feed themselves but somehow she makes a beeline for her aunt-shaped climbing frame only when her little hands are at their most ghastly. Usually I'd wear a pair of trousers a number of times before washing - but not this visit!

I got both yarn and buttons from a shop in Minehead last week so this has been a very local project.

As I was finishing the cardigan I asked my sister whether Jasmine needed anything else and she asked for a very plain beanie hat. A trip to her local craft shop (Only ten minutes walk away! Lucky thing!) and a few hours and we have... 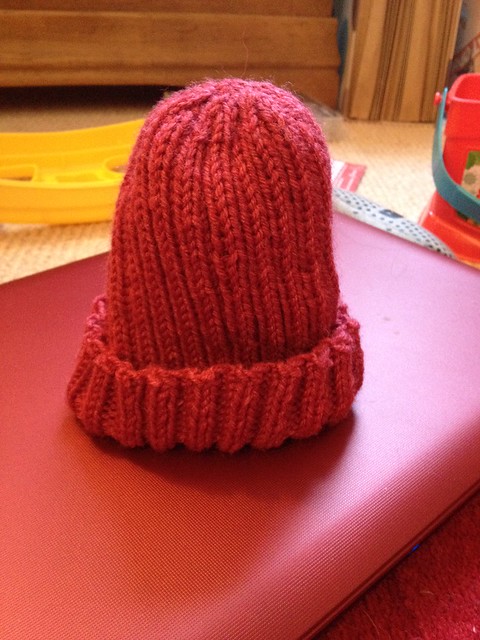 It is a wool/silk blend but still machine washable. It looks like it will pill if washed too often but then winter hats don't get yoghurt on them that easily or that often. Surely? Actually, with this little one you never know.

As I was casting off the hat I did a final check with my sister about whether anything else was needed. "Well...." she says, and gets Pinterest up on her phone. I didn't even know she was a fellow-addict until this trip! She showed me a number of cowls and I explained their construction - either a collar type or a longer loop with multiple wrap arounds. A hop onto Ravelry and we settled on the Lovely Ribbed Cowl by Purl Soho (Rav link to free pattern). She also asked me to knit her another of these hats. (Rav link to free pattern). 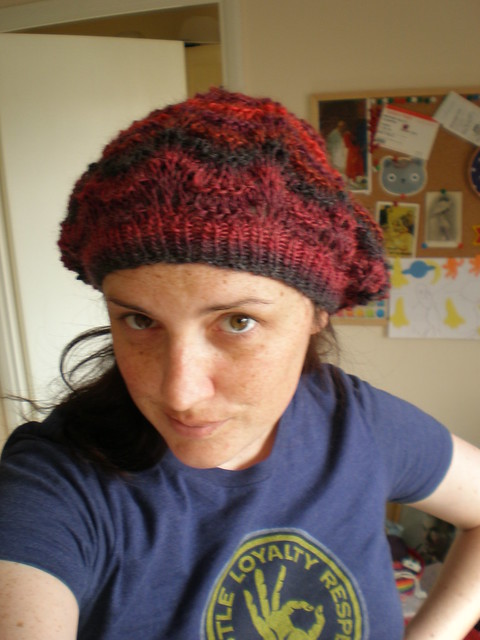 (That's me modelling it, obvs, not her - she'd be mortified if you thought it was her.) But this time in plain old dark blue. It is rather pleasing to be asked to knit something again because the original was worn so much :) . So that too will be going on the needles although I doubt I'll finish those before I return to Japan. You never know though...I seem to be knitting up a storm recently!