I didn't have a chance to post these finished objects before I left my Mum's. The first is a dress. 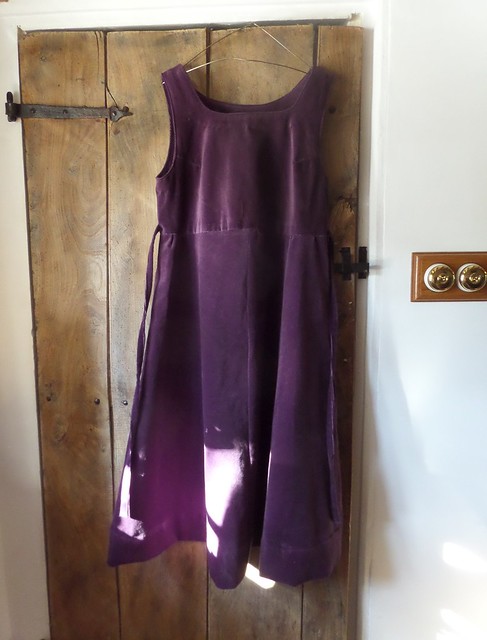 I last made her one in 2011 and actually cut this one out a year ago before leaving London. I got as far as sewing the whole thing together but didn't do the bottom hem. The dress got packed, taken to Japan, unpacked, hung up, folded up, packed, brought back to the UK and finally finished in the intervening year. She loves this style and I kept the pattern (I think it is a Simplicity one) but it is now packed up and in storage so when I come back for good I'll have to dig it out again.

The second item was something new for me and which I mentioned a week or two ago - a smocked peg bag. 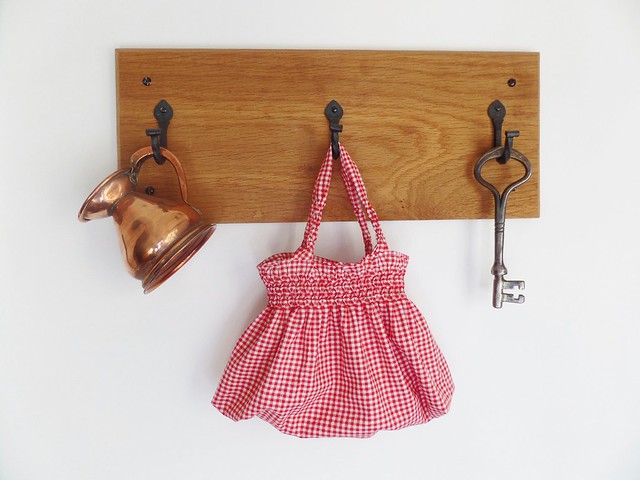 Once I had read the tutorial it went along pretty quickly and I really like the effect. I can just imagine this on a little dress for Jasmine or maybe a traditional top. 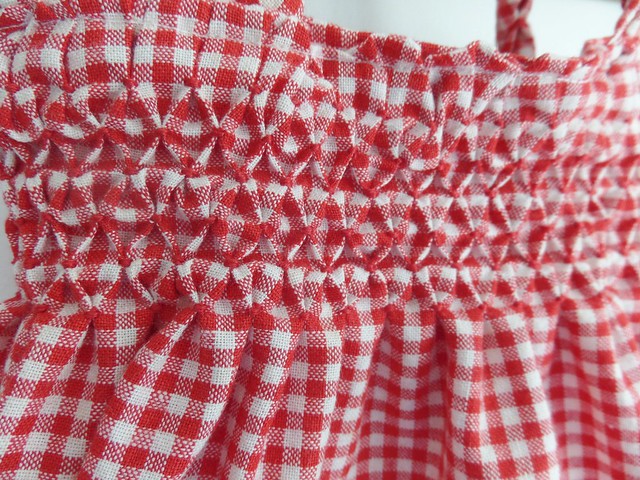 I also smocked the handles, although that was probably overkill. 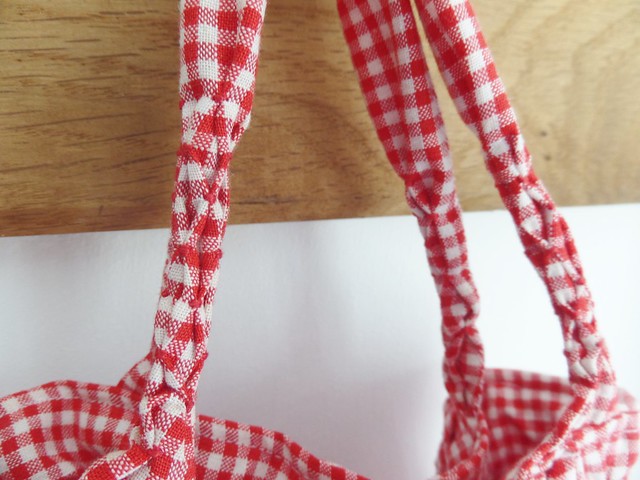 I definitely want to do some more of this.

Currently on the needles I have a final cardigan for Jasmine and then Sian has requested a hat to finish off her Autumn/Winter wardrobe. Onward!


Posted by littlelixie at 9:44 am No comments: Links to this post

My sister, niece and I spent 3 nights in the most amazing fisherman's cottage in the cornish village of Charlestown. Apart from anything else, Jasmine stood up all by herself for the first time! 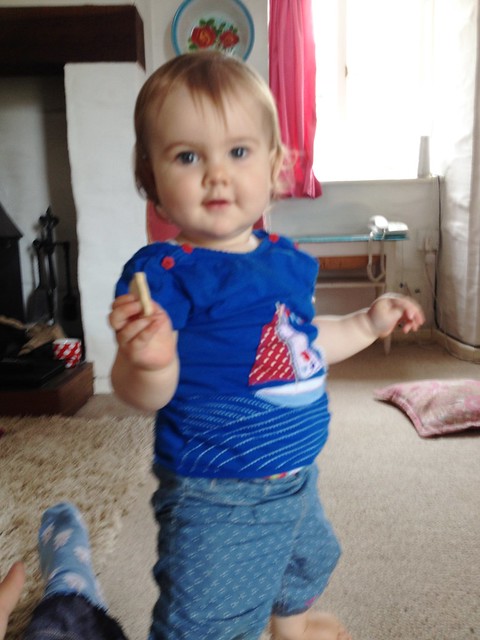 She was getting very good at it by the time we left and it can only be a short while now before she is taking her first steps. But first, more of the cottage. 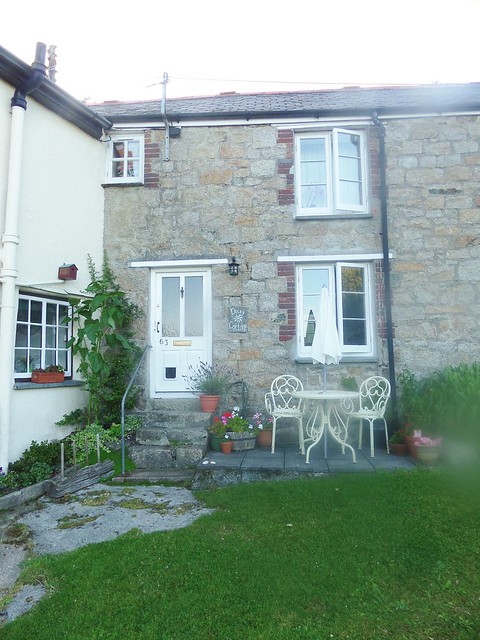 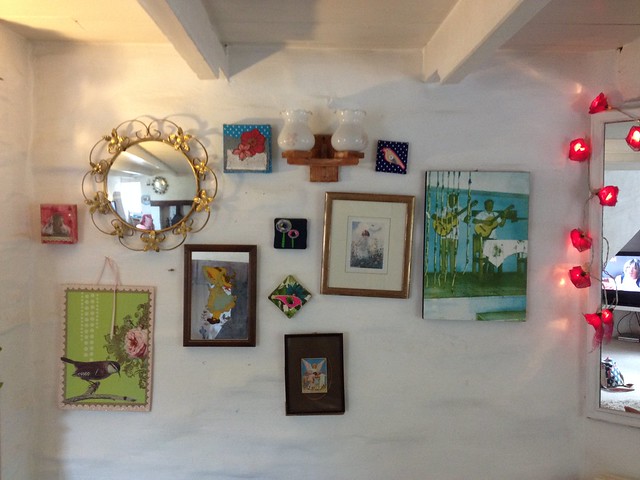 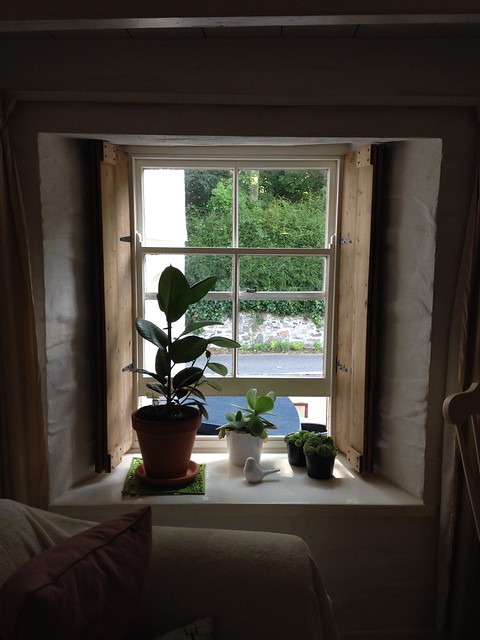 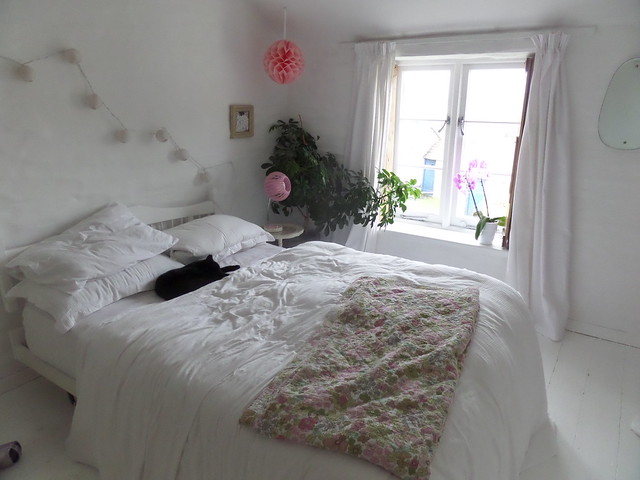 There was a lovely private garden as well with a washing line and an old boat, with carpet in the bottom, where the little one played. 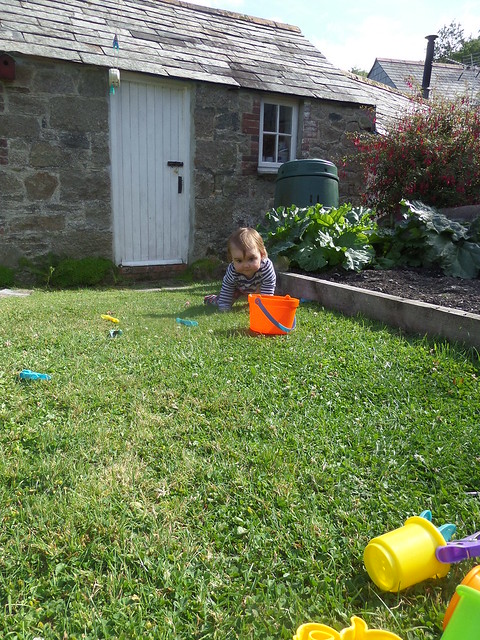 I found it on AirBnB here and if you are not already registered you can do so by using this link which will give you (and me) money off our next bookings. I chose to search for somewhere where we would have the whole property, but you can rent spare rooms and even sheds. I have used the same site for my stay in London next week when I will be in a spare room of a lady's house in East Dulwich.

The owner of our cottage lived next door but was away so I very happily agreed to take on the feeding of their cat, Rudy. 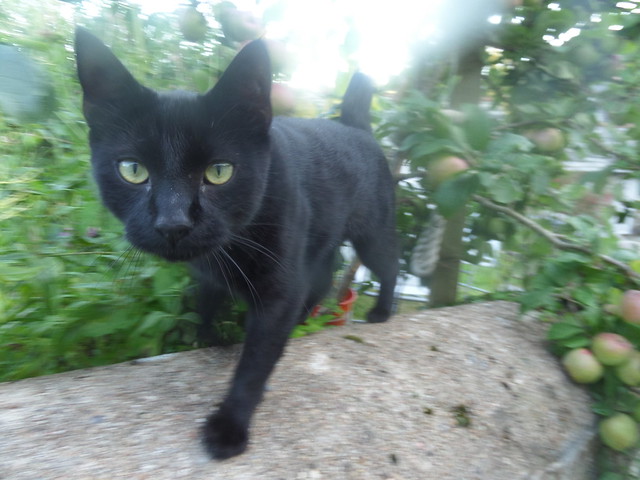 What a guy! One year old so still very playful and we had play fights in the mornings where my hand would be alternately attacked and licked. He kept his claws and bites light enough not to hurt and we paused every now and again for little strokes which he didn't object to. We could have kept the cat flap and/or bedroom doors closed but you know how I am about cats so I was doubly thrilled to find he loved sleeping on my bed where he spent most of the day times. 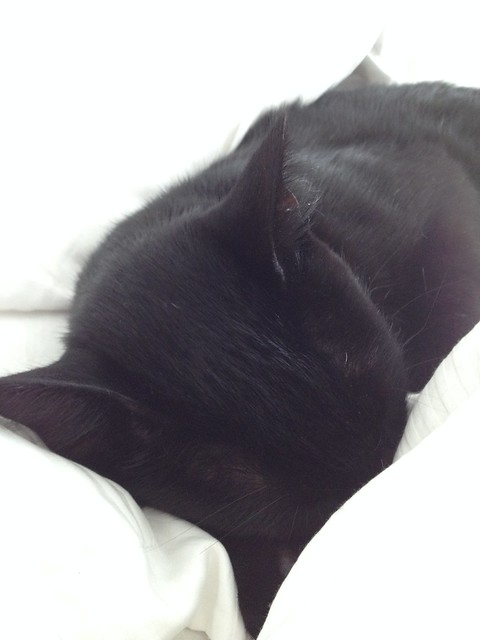 He did come and lie on my shoulder in the middle of one night and purr loudly in my ear but apart from that we only saw him while it was still light.

Charlestown itself is pretty unspoiled by the tourists it attracts. There are numerous camping sites in the area where many have their own beaches so I guess it doesn't get enough traffic to go too twee. The harbour was lovely and there are stone beaches either side. 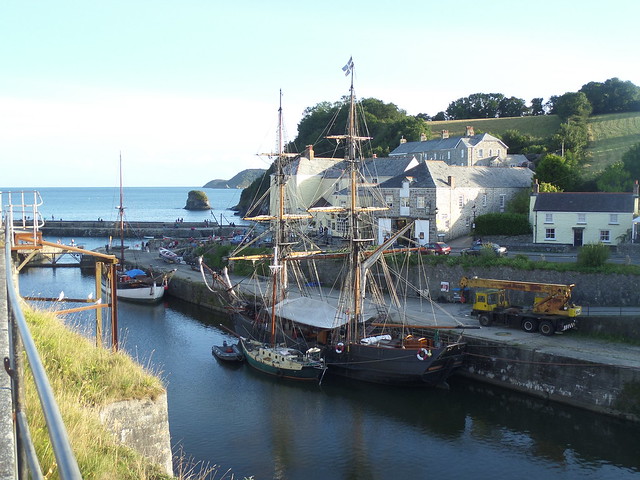 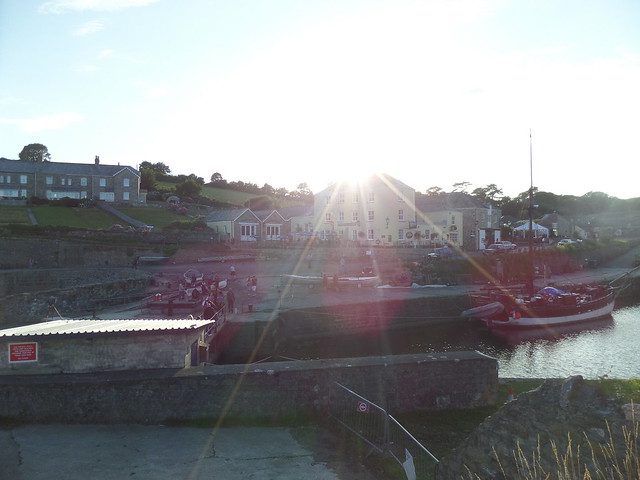 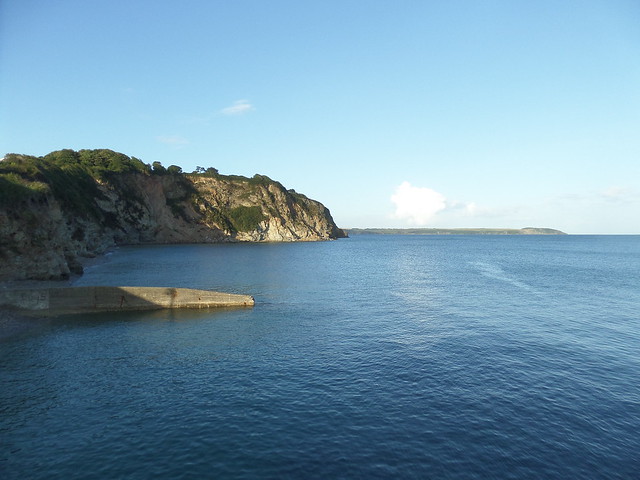 We also visited Pentewan - which has a campsite but is also unspoiled with a huge sandy beach. 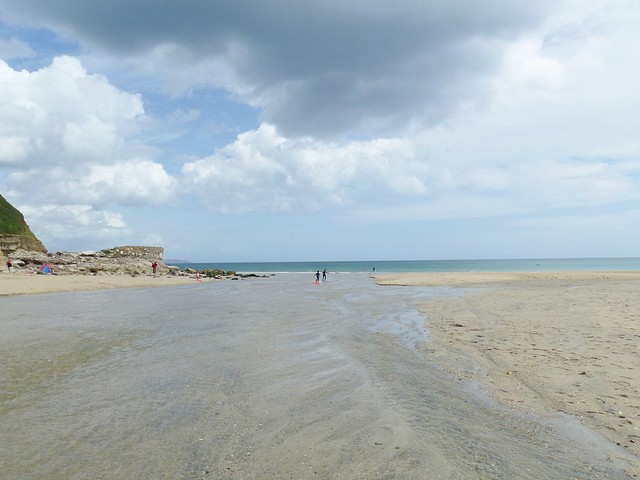 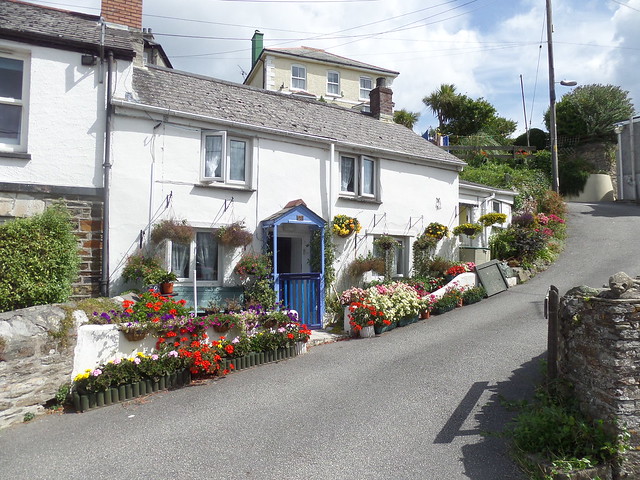 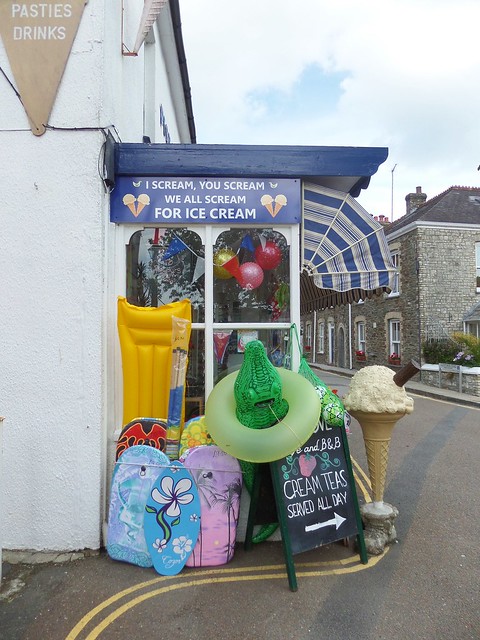 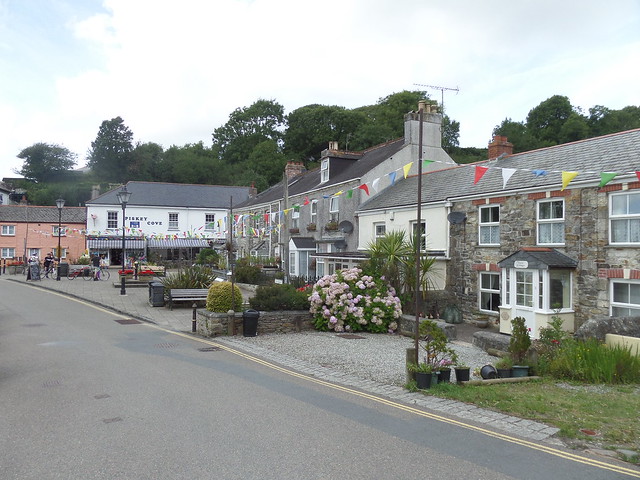 The only issue was that the sand was more like gravel so it was tough going on the feet. 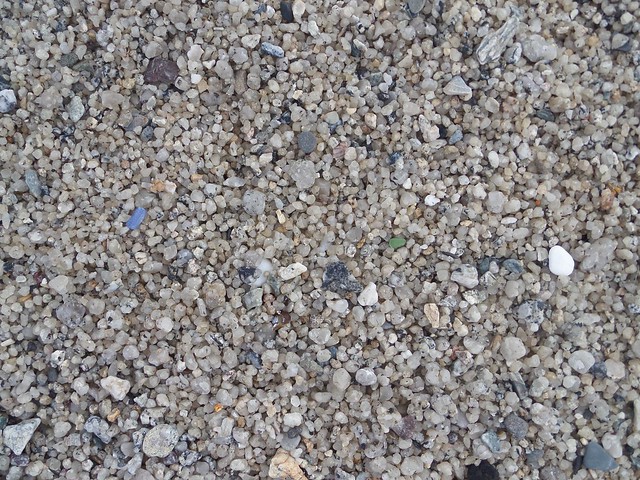 Jasmine wasn't too thrilled by her first paddle!

But she had great fun with Mummy and did lots more standing too. 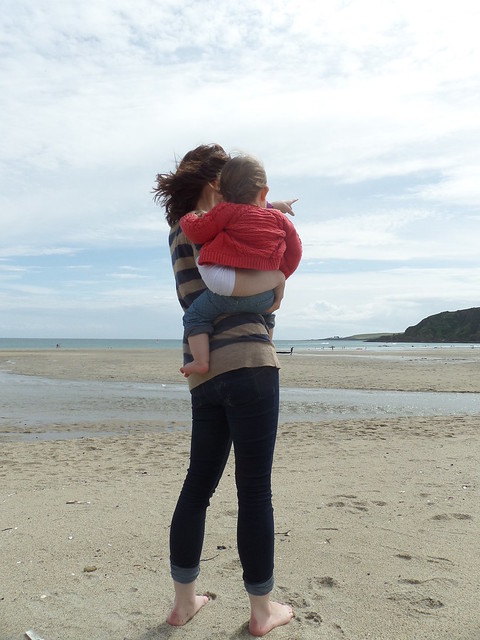 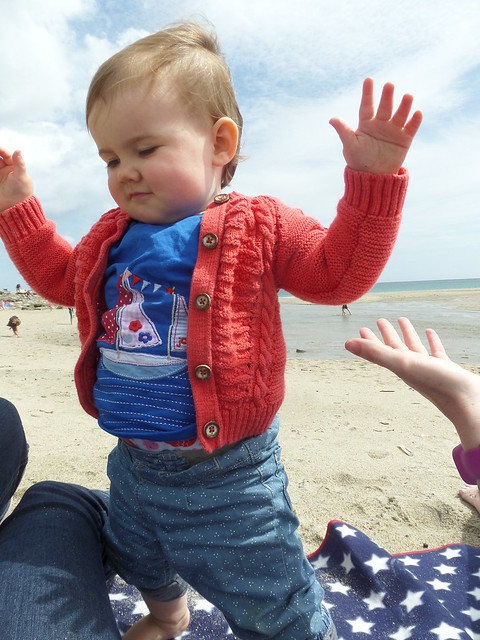 We all had a brilliant time and our only regret is that we couldn't stay longer.

Posted by littlelixie at 11:44 am No comments: Links to this post