A Present of Sashiko

I mentioned in Thursday's post that I had made another 'Sew Beautiful' bag using some sashiko embroidery. Sashiko is the japanese word for 'little stabs', not to be confused with 'chiku chiku' which is the onomatopoeic phrase for sewing - chiku is said to be the noise the needle makes when it goes in and out of the fabric to form one stitch. The japanese are very keen on onomatopoeia. When I had finished the fabric I intended to use for the outside I had a strong urge to leave it as it was and frame it or something. 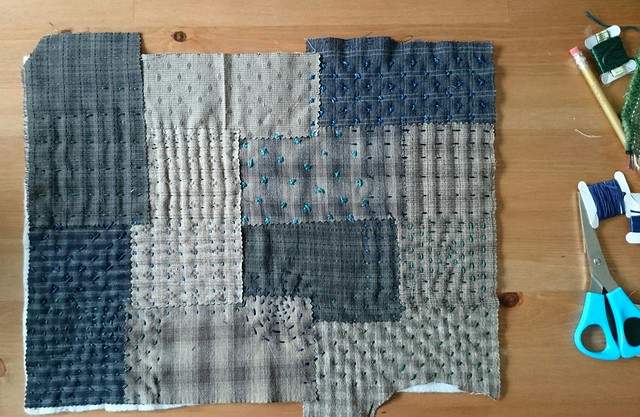 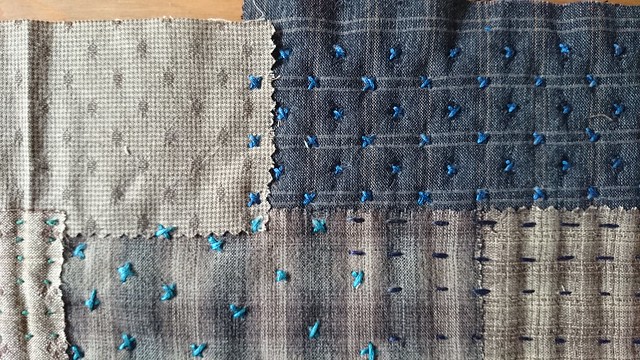 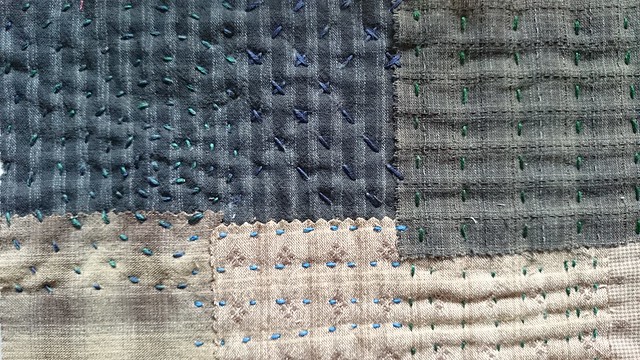 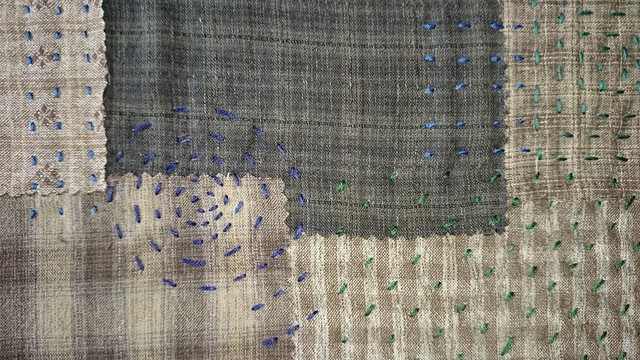 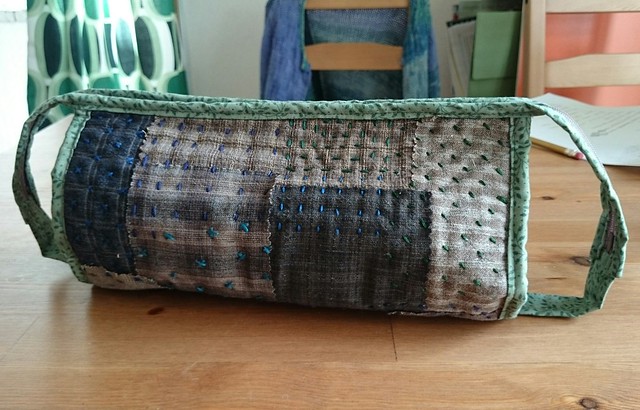 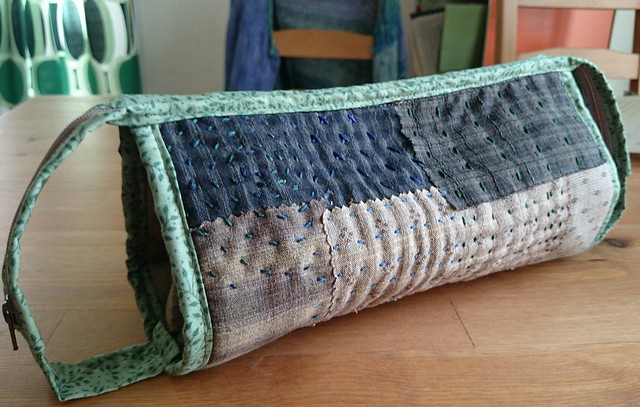 This will be making its way to england in time for my step-dad's birthday.

How To Talk to Your Cat About Gun Safety

Last week I ordered this zine from Etsy, and I am so glad I did. 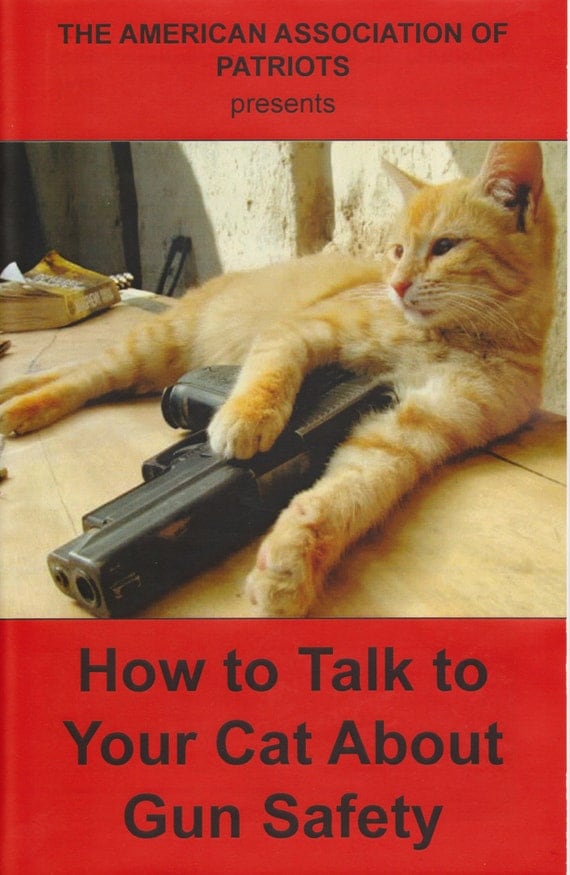 The cats of Ebisu were woefully ill-informed. I held a number of emergency one-on-ones, and one one-on-two, but one of those was cleaning their foot the whole time so I don't think that counts. 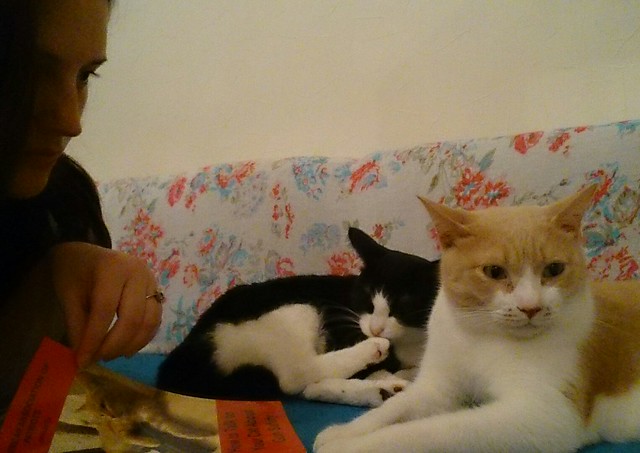 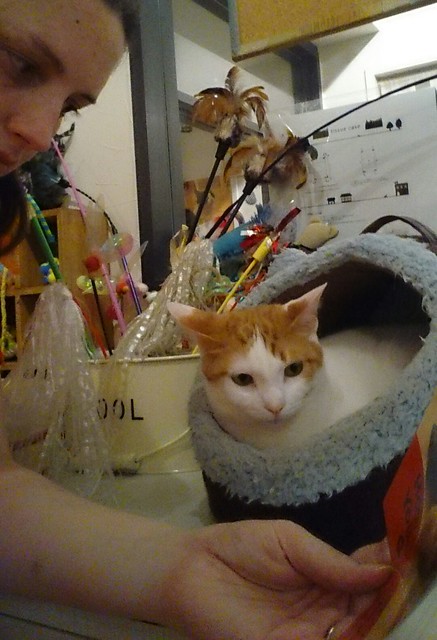 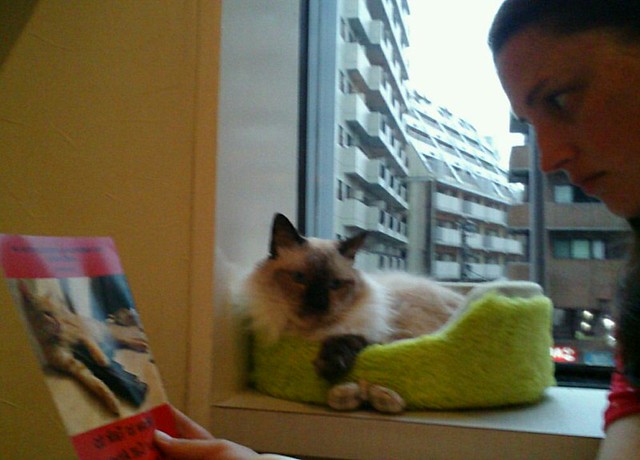 Even Bruiser stopped hating everything generally for a moment to specifically focus his hate on this zine. 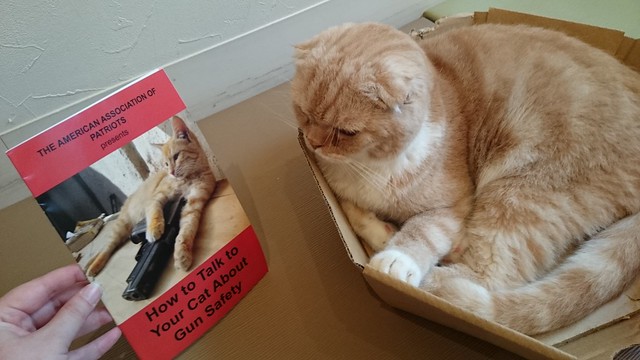 In his case I suspect he's now thinking about where he can find a gun. He is one big furball of angry.

There is another publication by the same people, called "How to talk to your cat about evolution", but I'm saving that for next term.


Posted by littlelixie at 12:40 am No comments: Links to this post

Around the World Bloghop

With my recent travel malarkey and corresponding jetlag-from-hell I got a bit behind on my emails and so thought I had been nominated for this, whereas I had left it too late to reply, but by then I had nominated someone and she in turn had nominated someone and so I was left a bit unsure about how to continue. SO...to bring everything up to speed I hereby nominate myself for this bloghop, and therefore inflict my answers on you unfairly. Only the brave will read on.

This bloghop, as I am sure you will all have read on other blogs by now, asks you to answer four questions. And so it begins... 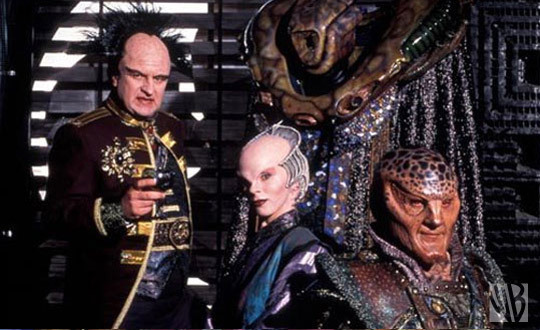 (Babylon 5 joke there. Bit geeky. You can read about it here but basically don't worry about it.)

What am I working on?

It's probably quicker to say that I am not spinning anything, nor do I plan to. Other than that I am someone who has a little bit of everything going on all at once. I sometimes claim to have a short attention span but if I'm finding something interesting I will work on it for hours, days even, until it is done or I stop finding it interesting. When I first read about 'flow' (wiki link) I knew this is what I long for in creating things. So for instance, I am in the middle of planning a cross stitch of some graffitti lettering, this morning I have made one skirt from 2-way stretch fabric and cut out the outer fabric of a cotton circle skirt for which I made up a pattern. Yesterday I bought more fabric for my Lucy Boston 'Patchwork of the Crosses' EPP patchwork and made a load more fussy cut and random cut pieces for it. I have a huge quilt in progress for a friend. I have a pair of cabled socks on the needles for no one in particular, but probably a christmas present, plus I am about to start a knitted hat for my sister. I just finished another Sew Beautiful bag which is a birthday present, but I only included one zipped pocket since it's for a man and they have fewer little things of stuff in general. I also keep picking up and putting down some weaving strips as I really want to give that a try and start making proper baskets but I'm a bit nervous about ballsing it up, but then I do have some ribbon on order to make a woven ribbon piece to then use in a metal frame purse. The only times my mind isn't twitching from one idea to the next is when I'm experiencing flow. I guess that's why I like it so much - it gives me a real rest.

How does my work differ from others in my genre?

I think there are two things - the breadth of crafts I blog about and my writing about when it all goes wrong. The example of the latter which comes most readily to mind is my blogpost containing the words "malformed buttocks" used to describe a felted mobius basket I made. The pictures of that post don't seem to have made it through from 2010 so I reproduce here, just for you, this poor article in all its glory. 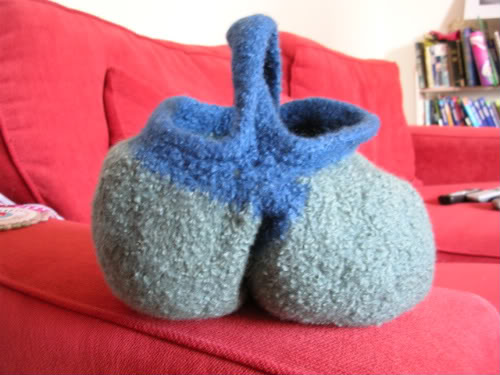 More recently there were these purses. Ghastly.

Why do I write/create what I do?

It is definitely a compulsion - both to make things and then to blog about it afterwards. Although I write as if I'm writing for someone else most of the time, I really just blog for myself. It's both an outlet and a record of what I've done. And like a real diary, there is a paper copy. 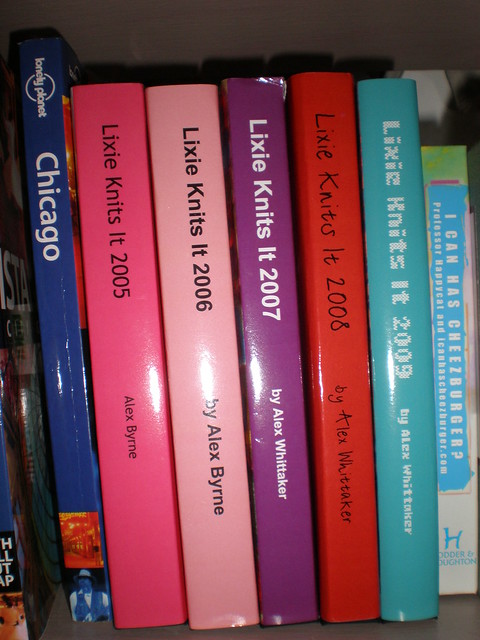 Except now of course there is a 2010, 2011 and 2012 volume. In fact I only finished the 2012 volume when I was in england last month as I had got a bit behind. I still have 2013 to do. I use a company called Blurb who have a process they call 'slurping' which pulls down all your blog posts between a specific date range, and the photos, and pre formats a book size of your choosing for you. It's then up to you to go in and tweak it.

Going back to the 'making' compulsion...it is something I have had since I was a child and I don;t really understand it. I don't like sitting still and watching television, or listening to the radio, or even just doing nothing. What I do like is doing these things with a project in my hand. I think that explains the diversity of projects. There are some that need a sewing machine, or strong daylight, while there are others I can easily transport and do in a dark corner. When I cannot think what to make next I get very frustrated and uncomfortable.

How does my writing/creative process work?

I am not a terribly creative person. I rarely come up with some stupendous idea by myself but...I am very good at taking what someone else has done and adapting it to my own ends. I don;t consider this to be creative because it is essentially just 'copying with variations'. This means that Pinterest has been the greatest internet invention ever, as far as I'm concerned. I belong to this group on Facebook that I was invited to join by the Pinterest company themselves and I quickly realised that most of those people invited were pinning as a way to raise their own profile or drive business. Me? I am pinning for myself. That's right.

39 boards and more than 4,000 pins, all for me! I do seem to have a lot of followers and I've got the 'follow me' thing up on the blog but it's not something I check on or work to promote. I have a 'secret' board (one only I see) called 'Imminent Makes' which are things that are inspiring my thoughts at the moment. One of these is a crocheted circle bracelet, for which I bought these last week. 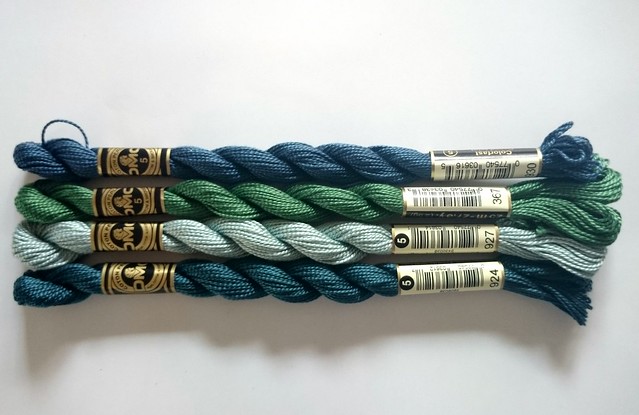 I pin my own photos sometimes too, to remind me of what I've seen and what it made me think of at the time.

Other than acting on inspiration I tend to make things on demand. For example, it is someone's birthday...I have made several Sew Beautiful bags as presents recently...would they like one...yes, I'll make one. But even then I make it special for them and combine a technique or two I've been thinking about. In this case Sashiko.

I rarely make things without an intended recipient.


So there you have it! I hope those of you that read for this long (well done, madam) found that interesting. I am nominating just one person - Nickerjac. I have nominated her for several reasons. First off she is an amazing crafter with the same sort of diversity in her interests as me so I can discuss all sorts of things with her and be inspired by what she's doing. Secondly she is someone I met, at first online, through blogging back in 2005 (I think) and we have been friends ever since! Lastly, I will be very interested to read what she says. She will be blogging on or around Monday 15th so I sincerely look forward to that!


Posted by littlelixie at 4:49 am 2 comments: Links to this post