I thought I'd had my final splurge when I bought bits to finish existing projects last week. But... since I was visiting Shinjuku Gyoen Garden (yesterday's blogpost) I was so near to Yuzawaya so as to make it rude not to just pop by. There was one thing in particular I was keen to find. I had seen some decorated rotary cutters in a Japanese patchwork magazine and told myself at the time I had an Olfa yellow one and didn't need another one. But it stayed niggling in the back of my mind... 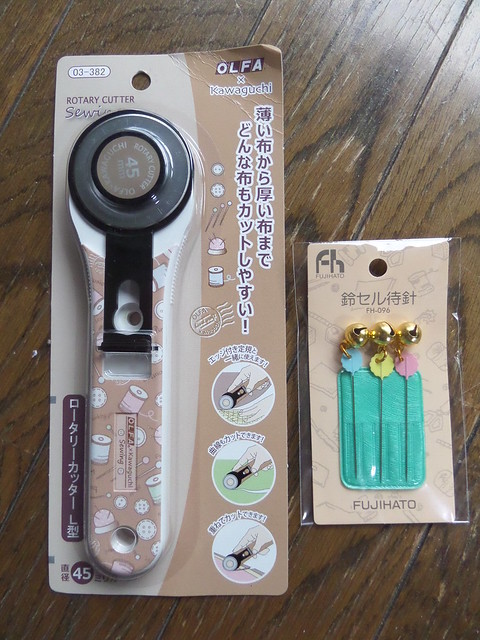 And then since I was in the shop...has anyone seen these pins with bells on in other countries? I first saw them when I took something to a local mending shop to be adjusted and was amazed. They certainly make it easier to find where you need to sew when you're dealing with a lot of fabric, plus one in a pincushion is just going to sound lovely when you are using the others around it. And then they just happened to have half price metal purse frames. 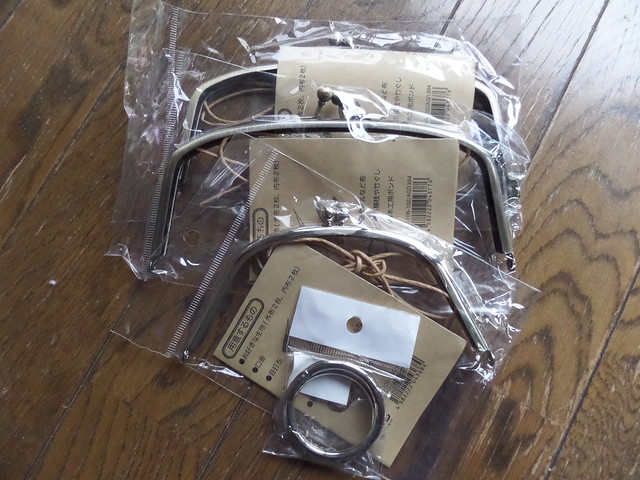 The circles at the bottom are the binder rings I'm going to use to bind the quiet book I made last week. I'll just need to check how easily Jasmine can open them. They are quite stiff for a toddler though. And then of course I had to walk past the button section to get to the tills. 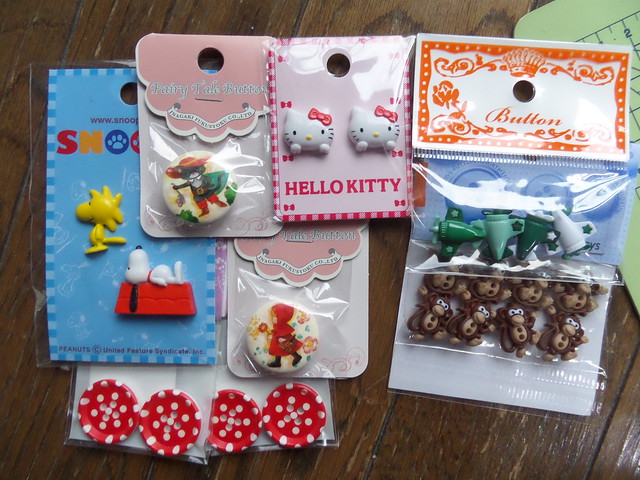 The red riding hood and puss in boots ones were too cute to ignore. My sister loves monkeys so those will make their way onto something for Jasmine next year. The others are MINE ALL MINE. Jeez I love buttons. I'll be happy to be reunited with my full collection back in England! Oh and of course my family and friends...!


Posted by littlelixie at 1:24 am No comments: Links to this post

I first saw this garden on 1st December last year. This year I was 10 days later and initially I thought I'd missed all the beautiful autumn foliage. 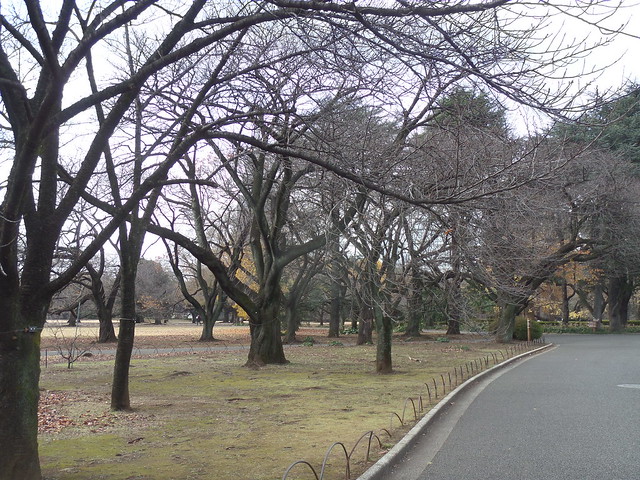 Not that bare trees don't have their own kind of beauty, but I wasn't in the mood for a Tim Burton kind of stroll. 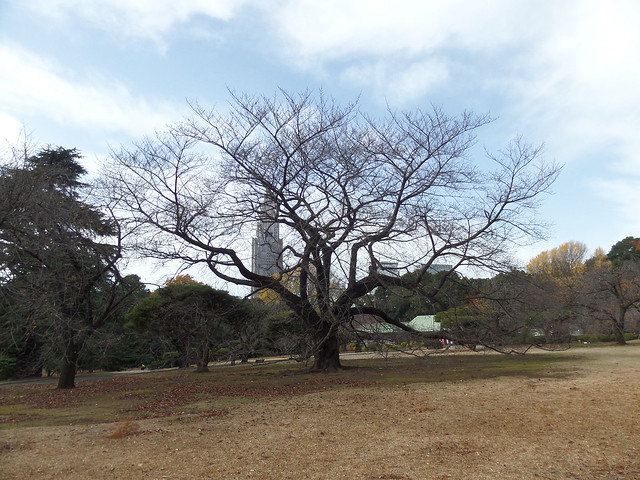 I consoled myself that there were still the lakes to look at and headed off for the 'Japanese Garden' (which does make sense in a Japanese park because some of it was formal french - whatever that is - and so on). It turns out they'd kept a little bit of the autumn colours for me. 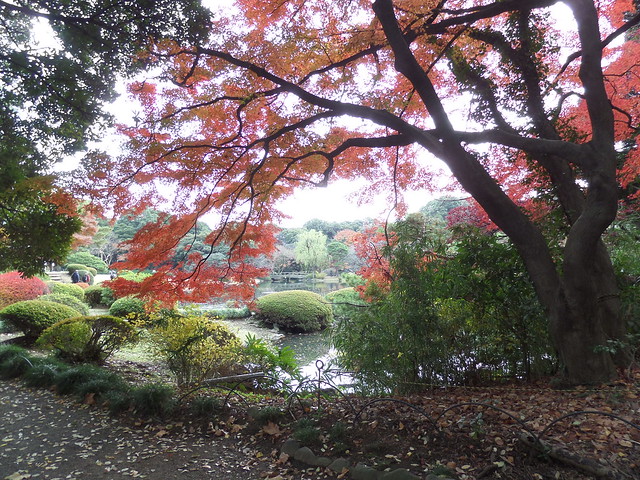 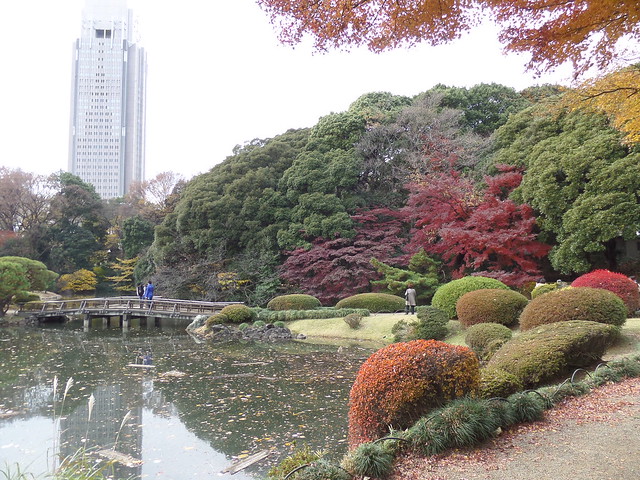 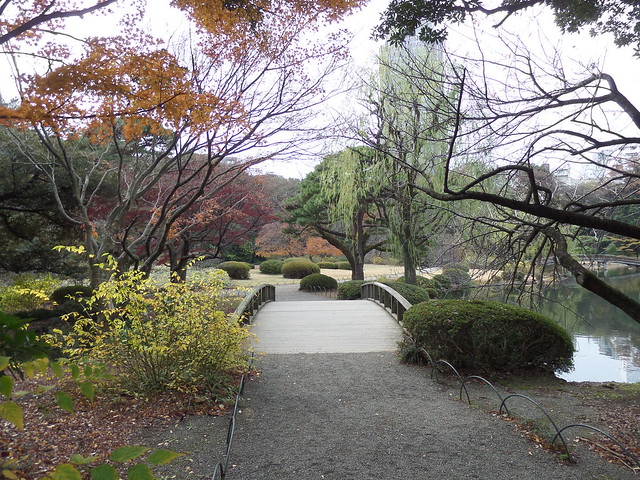 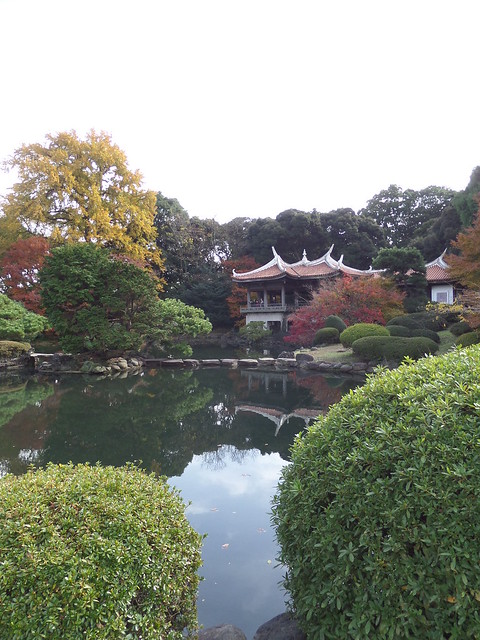 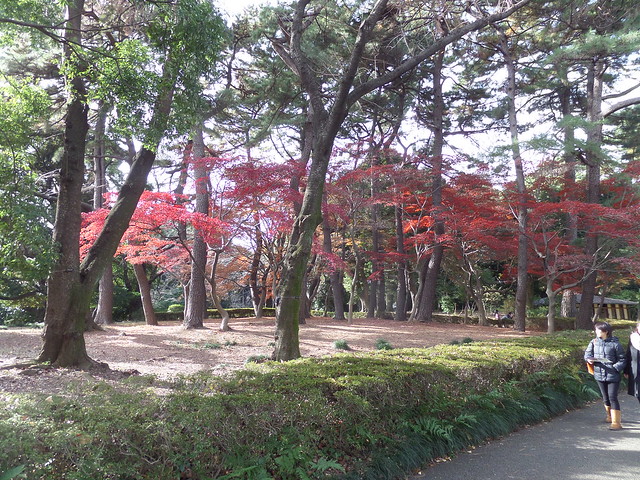 There is also a huge greenhouse on site. It's so humid inside there are lots of signs about dripping condensation falling on you. 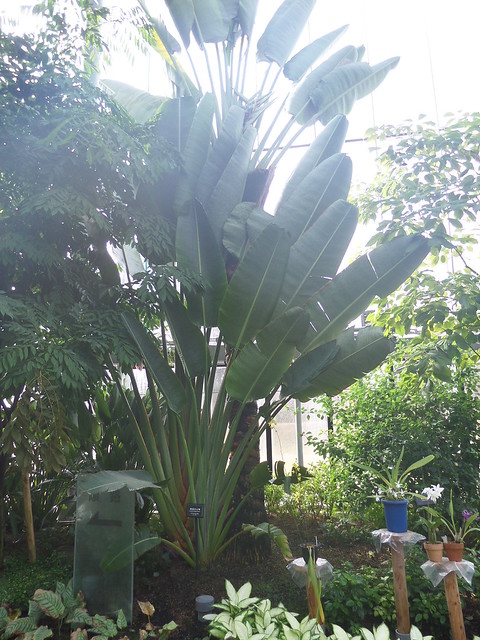 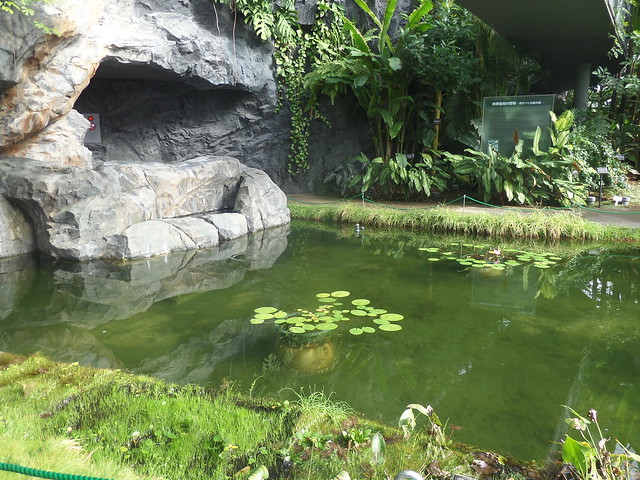 They had a special display of orchids. 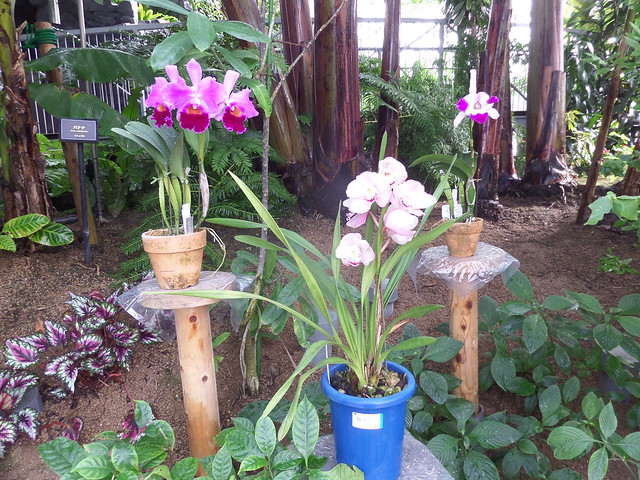 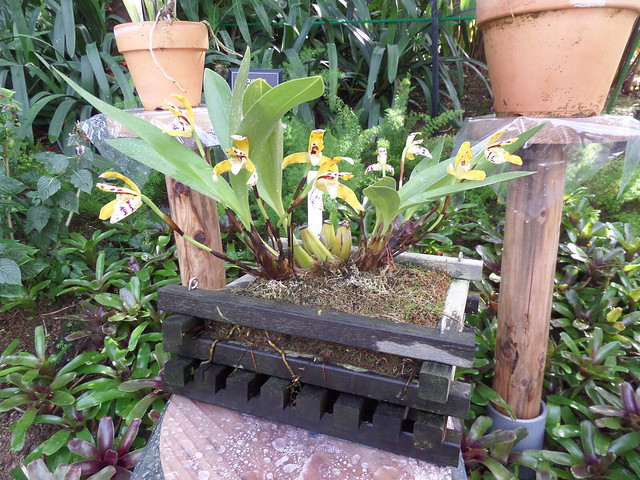 These unfailingly remind me of the singing flower scene in the proper Alice in Wonderland film. I adore that film and that scene in particular. 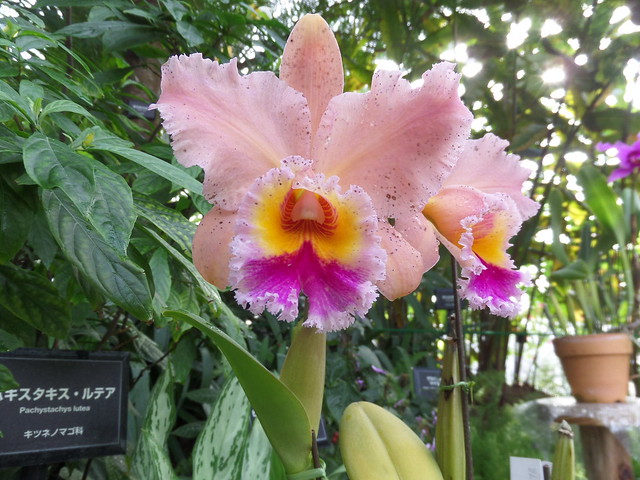 Definitely a bossy woman in a bonnet telling someone off (probably me)!

The gardens in Japan have been such an amazing resource and I wish I'd got into exploring them earlier last Spring. I told myself in the summer that I'd be able to go back to them in 2015 but that was when we thought we'd be here til May so now I won't have that chance. Here we are just a week from leaving and there is still a fair bit to get done. But then we may come back here to live one day. Pooch loves it here and if it weren't for the language barrier I would too. I just need to start learning it now, then I'll be ready in about ten years or so!


Posted by littlelixie at 2:24 am 2 comments: Links to this post

These are a combination of more christmas presents and some of that stress induced creativity I posted about a few days ago.

My final make for my niece is these Meg and Mog dolls. I was surprised not to be able to find a pattern for them already out there so maybe I'll share mine when I once again have a scanner. My one went on Sunday. The closest I found was a knitted Mog on Ravelry but I wanted to sew these. 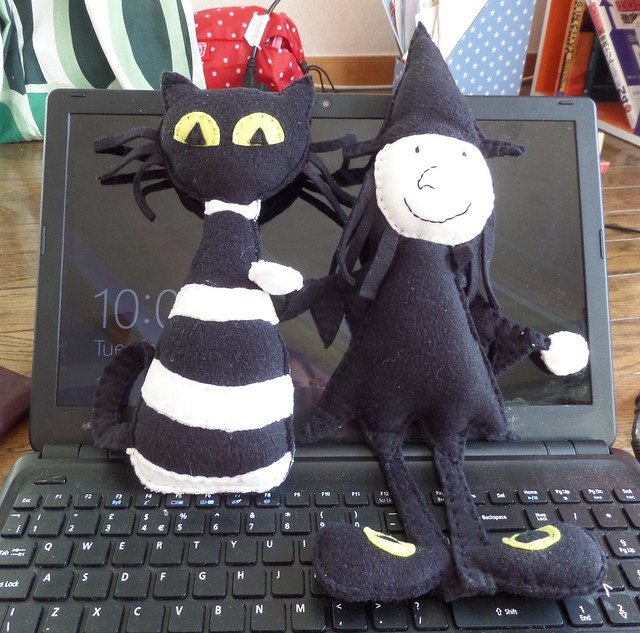 I used a thin blanket fleece kind of thing in black and white and then some yellow felt for the eyes and shoe buckles. Where suitable, the sections are lightly stuffed to make them huggable. I've also got her a set of books in a bag and she already adores the first book so hopefully these will go down well. 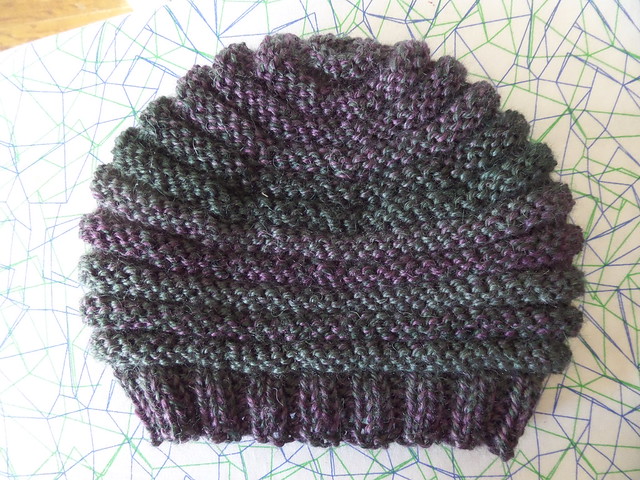 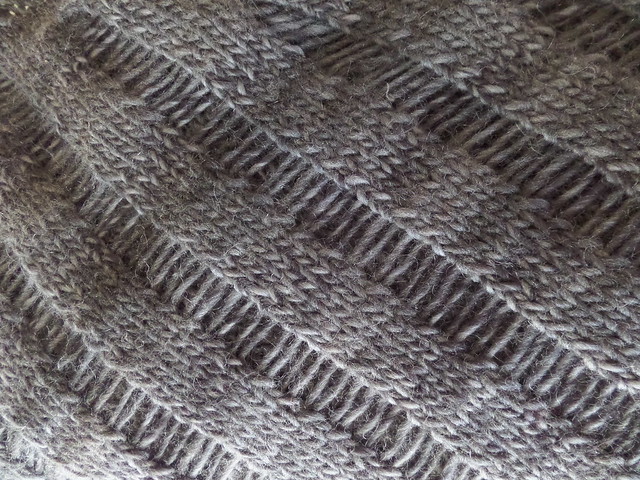 The hat is another Luuk one, linked in my previous post. The Clapotis is, I think, my third and I had forgotten how boring they were to knit. I remember the novelty of dropping stitches on my first one but this one was a bit of a slog! These are joined by a pair of Mojo socks for a different recipient. The balls of stripey blue were 30g (common in Japan) so I needed a little additional yarn for the toe - bring on a bright yellow remnant! 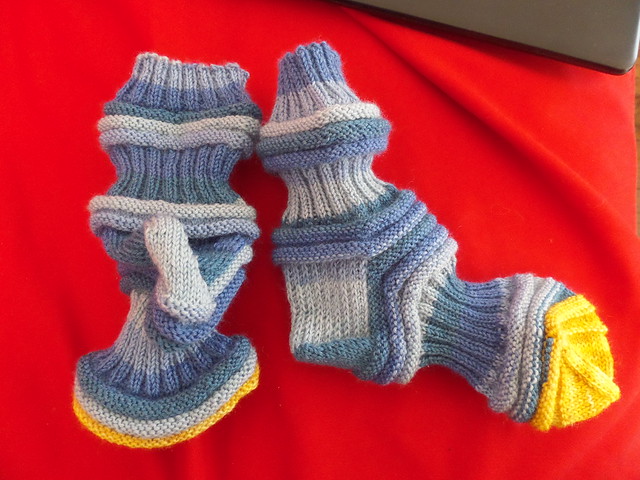 I have another pair in shades of white/beige (so also have yellow toes) on the needles. Then this one actually needs the button to be sewn on but is a small cowl. 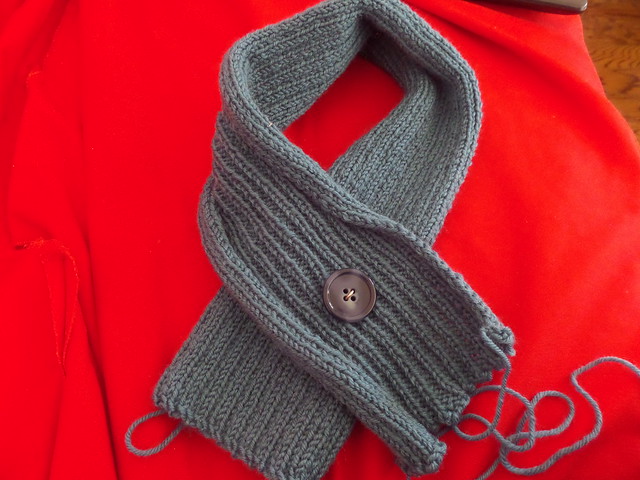 Finally, this is something where I bought the bundle of plastic flowers about six months ago because they were so bright and cheerful, and decided to add them to a hair barette about 3 months after that. It's taken our leaving for me to finally get the glue gun in gear. 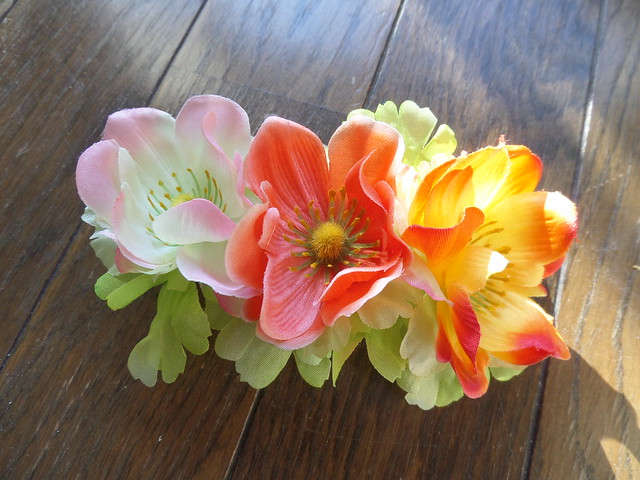 Not exactly seasonal, but very cheering! And it's good to have a bit of a cheer when you've no kind of chairs to sit on, or tables to sit at, and spend your days maniacally crafting between bouts of dividing possessions between five boxes. Rubbish and charity (both unlimited), suitcase (extremely limited), air freight (very limited and will take 2-3 weeks to appear in London) and sea freight (limited and will take 2-3 months to appear in London). I am maintaining my sanity by crafting (maniacally) and watching Muppets Christmas Carol. Watched it three times already. I sing along. Maniacally.