As part of the farewell tour around Tokyo I knew I was not to buy anything because the suitcases are already full. Why then torture myself with a trip to Boro-ichi Market? I don't know, except that I'd had it in my diary for the last six months and nothing else planned for the morning.

The Market is called Boro-ichi because it used to be where the poorer people came to get clothes some 400+ years ago (boro being the type of kimono patched and sashiko'd many times to hold it together like what you can see on this Pinterest Board). It was also known for tool and agricultural sales and you still get several tool stalls as well as ones selling plants. What you also get it lots of everything else. If we hadn't sent our things away to the shipping company two days earlier I would have come home carrying more than the average Spanish grandmother does at harvest time. It was, though, a tad crowded. 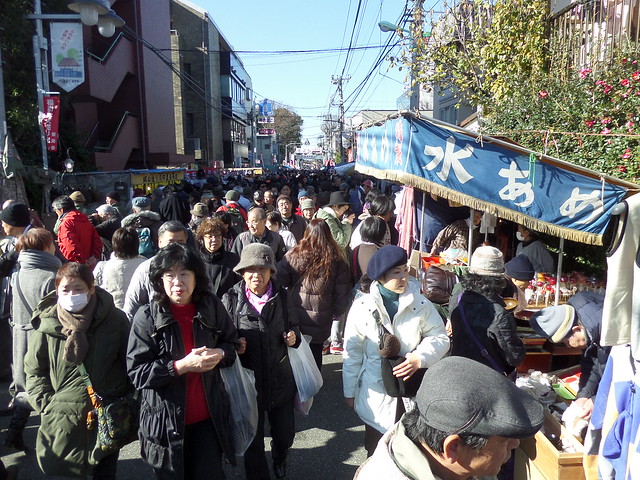 Can you make out the vanishing point there? This place was huge and went off down other streets at right angles. I would guess perhaps 500 stalls? It could easily have been more though. There were many vintage kimono stalls. 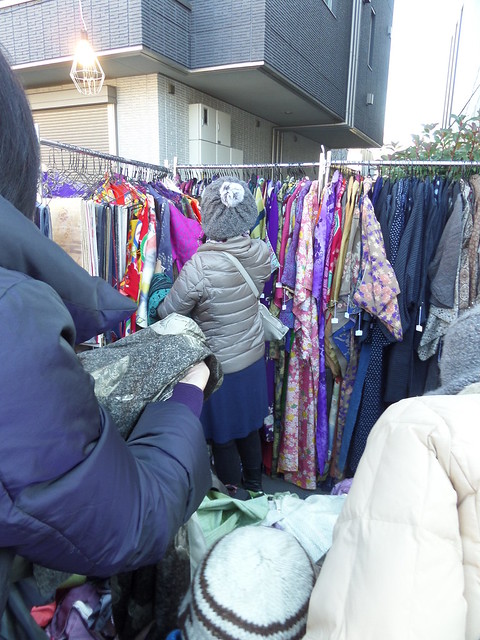 Lots of scrabbling for the cheaper ones on the ground was going on. I saw some racks, like this one... 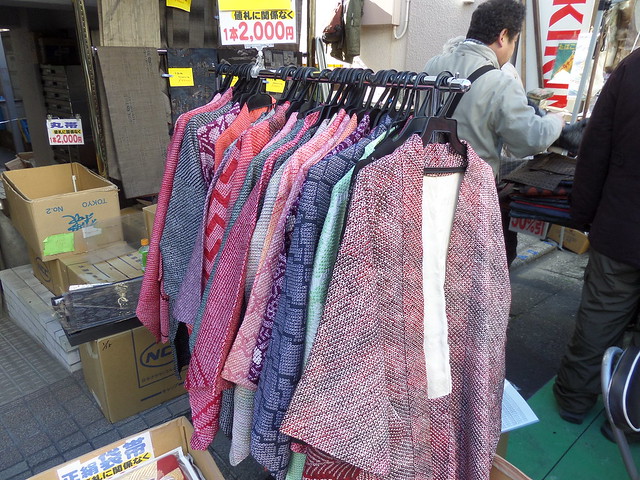 ...of just one type of Kimono - in this case Hand Shibori Dyed Silk. They were about 2000Yen each - maybe £15? Beautiful. Kokeshi dolls were clearly not that popular since there were crates of old ones for sale all over the place. 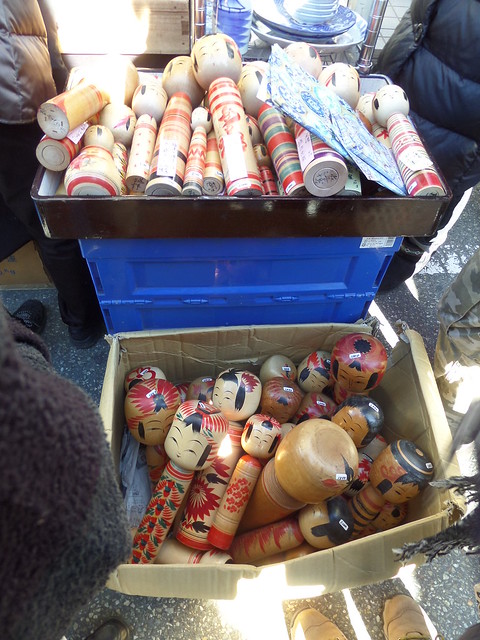 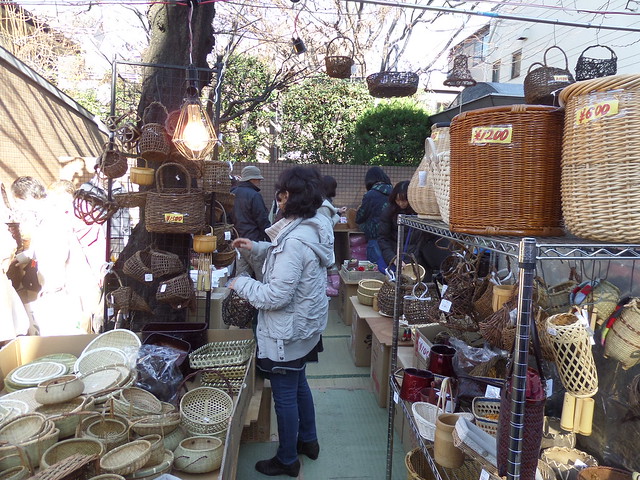 Both conventional and the more modern. 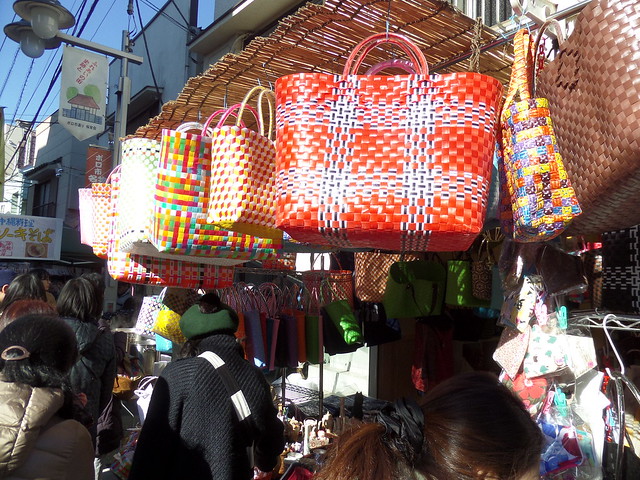 Shinto shrines for home use. 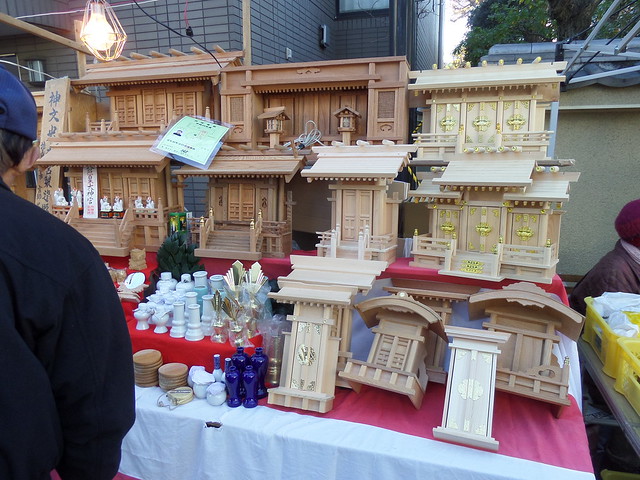 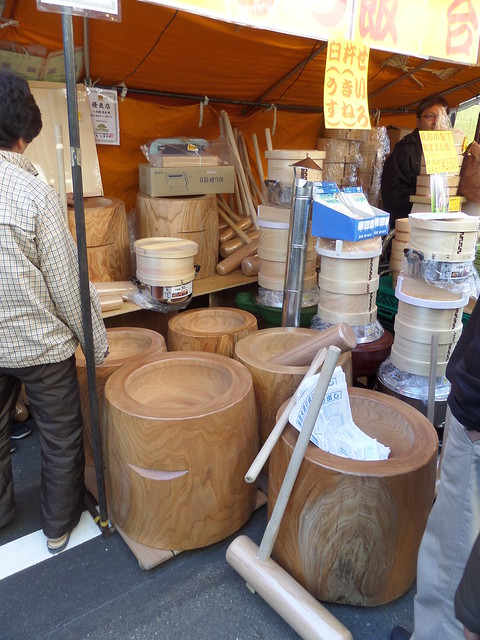 And then lots of other stuff too - new and old. 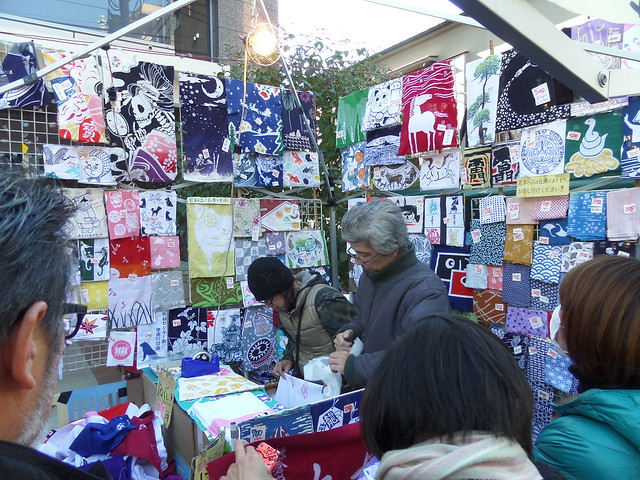 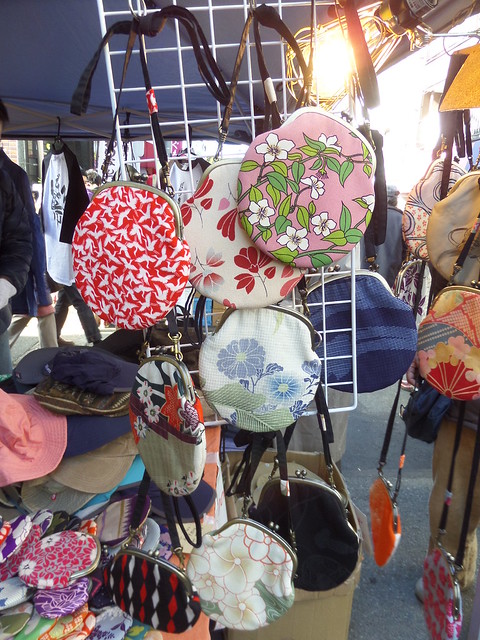 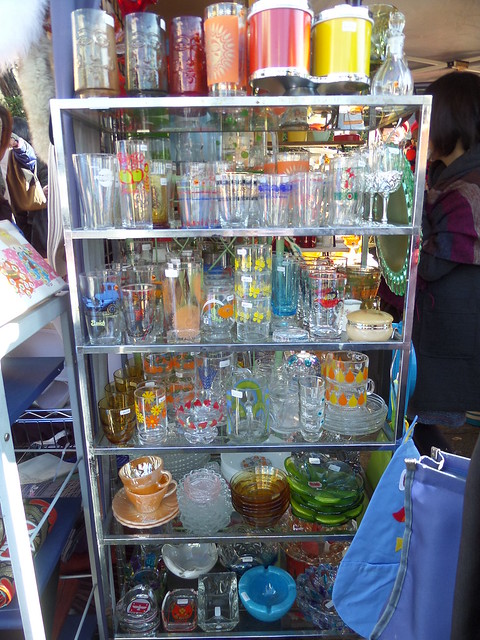 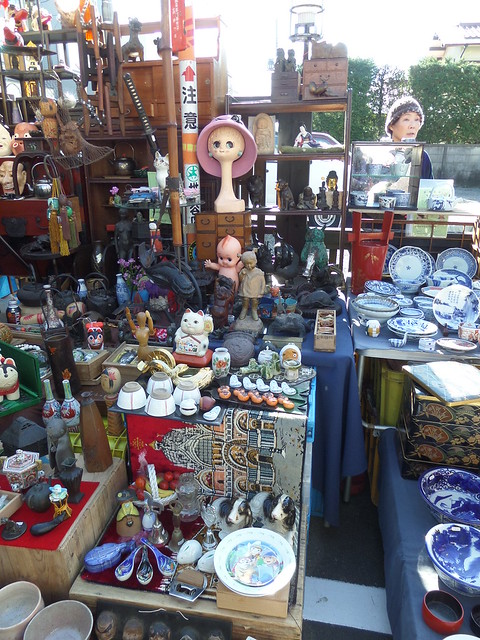 It is on again in January but only for two days and then that is it until next December - I would definitely recommend it. It was a Shoreditch vintage shop's idea of nirvana.

After all those crowds it was rather nice to arrive at a garden far away on the other side of Tokyo. Even nicer was this visit was at the prompting of Mr Pooch who had almost visited it on his first visit to Tokyo but had never quite got in. We were initially joined by a group of teenagers and a teacher but later they left and we had the place to ourselves. 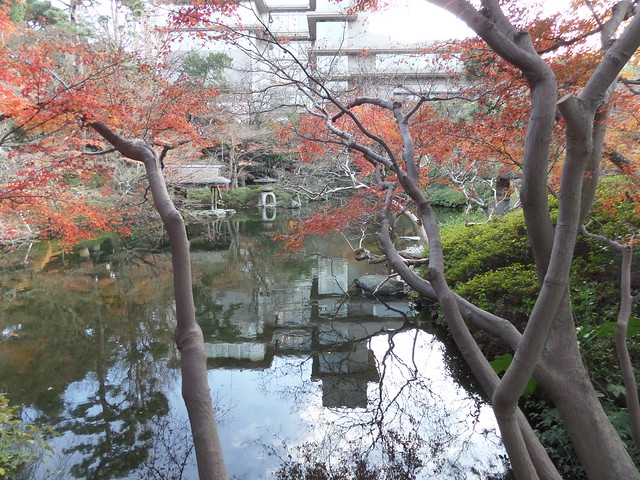 Happo-en Gardens began life in the late 1600's and its name means "Garden of 8 Views" meaning it is beautiful from every angle. 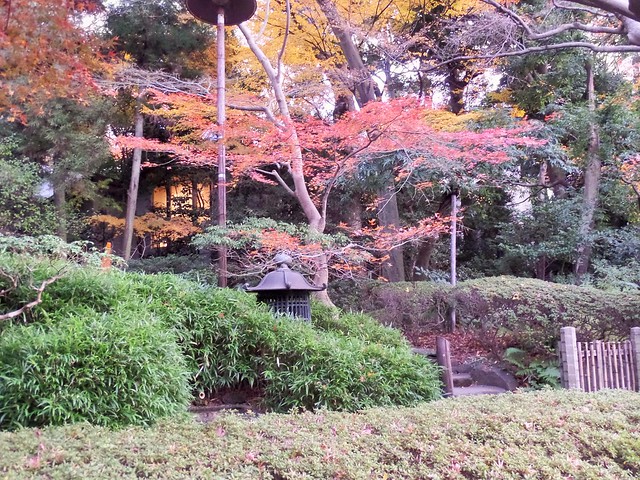 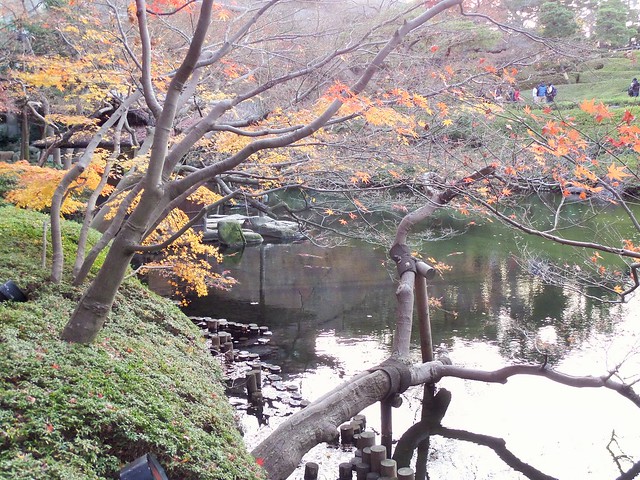 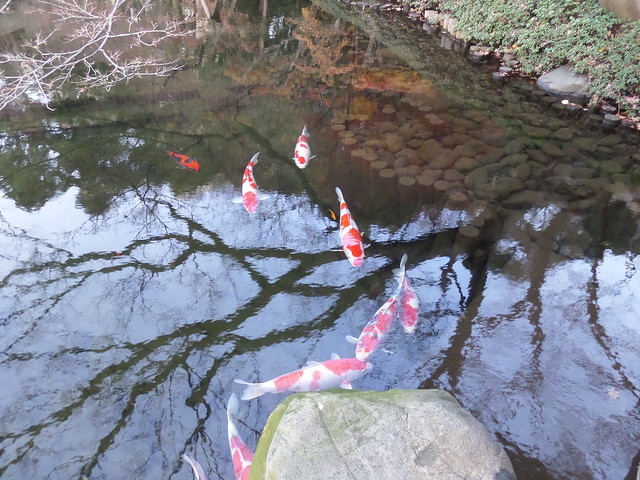 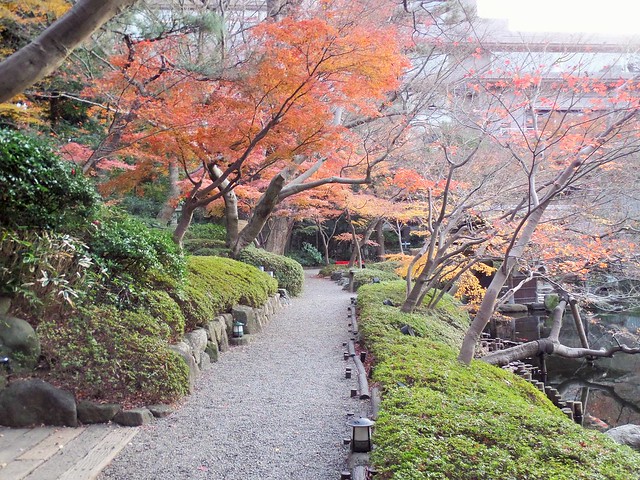 I could have stayed on that bench watching the fishes for hours - if it hadn't been only 6 degrees outside! 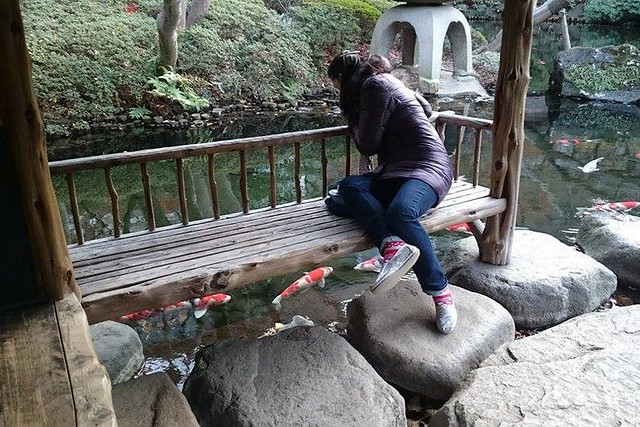 The Gardens are also known for their collection of Bonsai, some of which are over 500 years old. It really staggers me everytime I hear about a plant that is that old. 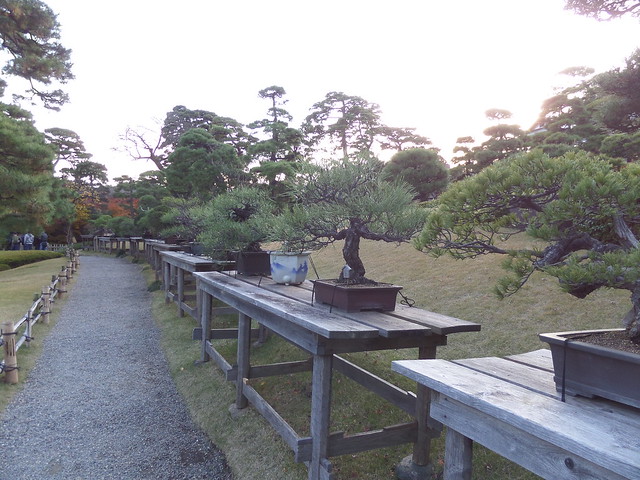 They were are clearly the work of crafts people. 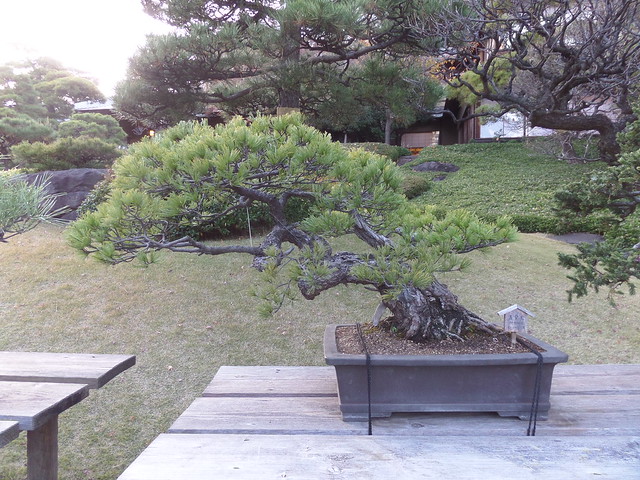 In the evening we headed off for dinner...but I'm going to save that for another day!

Posted by littlelixie at 5:41 am No comments: Links to this post