I saw *so* much cherry blossom in Tokyo and loved every minute of it. I was looking forward to seeing some more in Japantown at this event but seem to have been optimistic - this was cherry blossom in spirit rather than in person. Not that that held back the festivities. Japanese festivals have a specific type of food known as "B food" and this was similar. 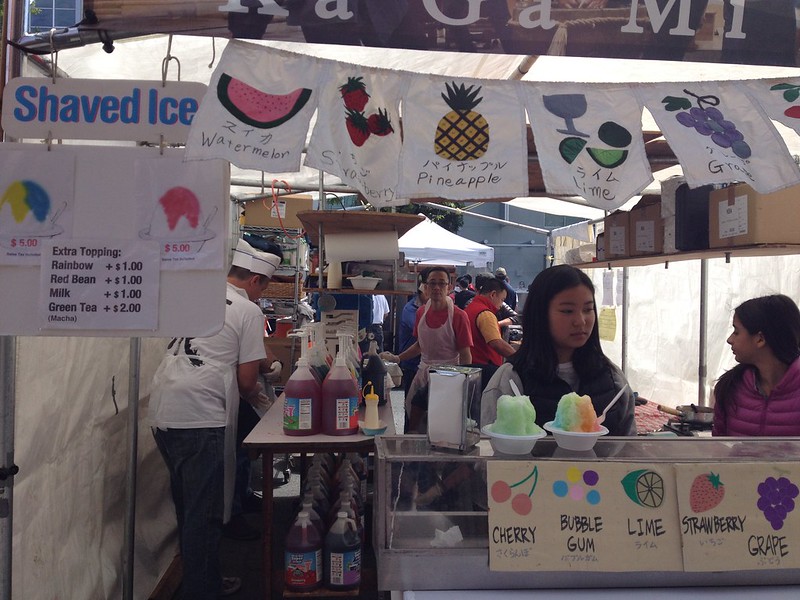 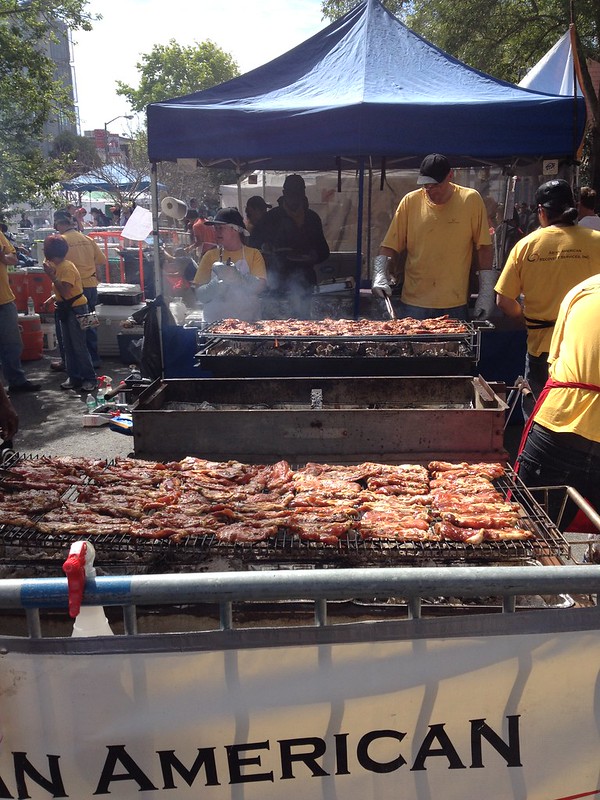 Pooch was very disturbed to find that the Takoyaki (octopus balls) were largely made of beef - although he did eventually manage to track down some genuine ones. Me? I went for the Moffle - a waffle made of Mochi (pounded rice paste). The cream was vegan and made with coconut milk. 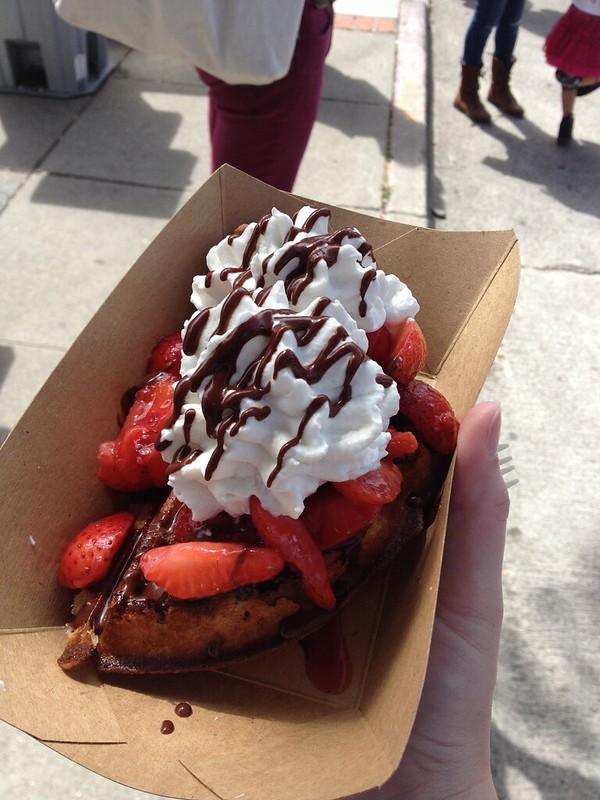 I hardly need to mention how delicious it was. The picture tells the tale.

As well as dancing and drumming and other japanese activities, there were a lot of people in Cosplay outfits. This is when people dress up as anime cartoon characters. First up, Power Rangers. 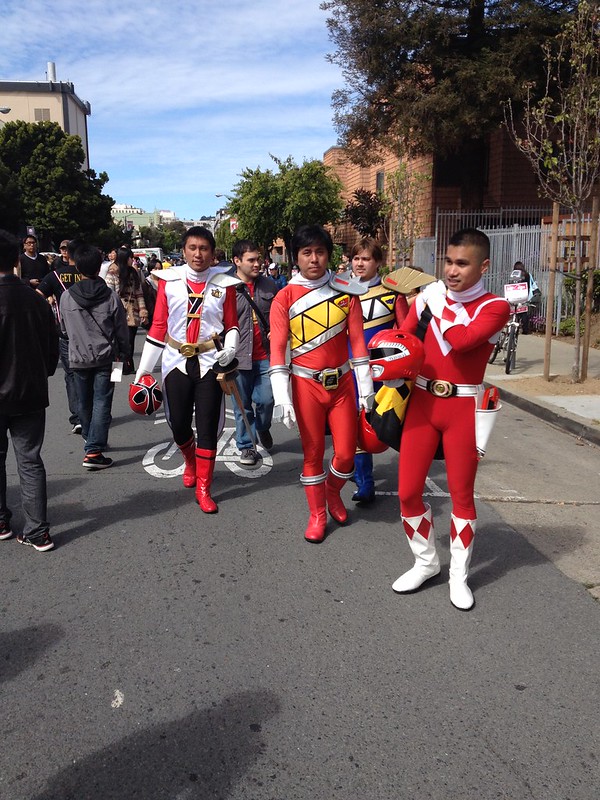 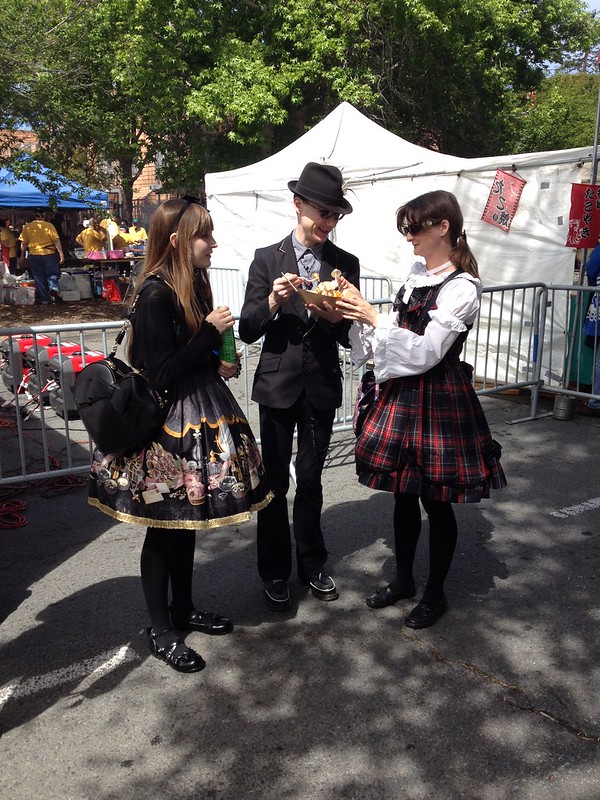 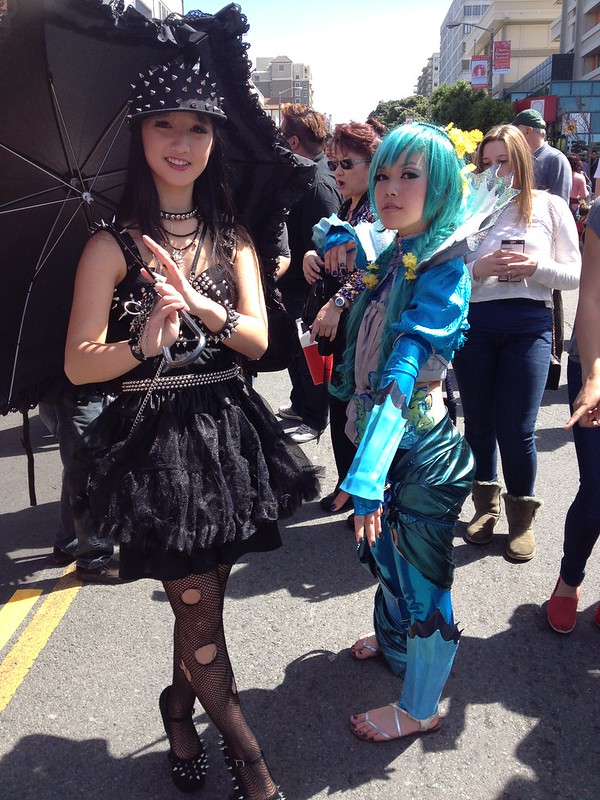 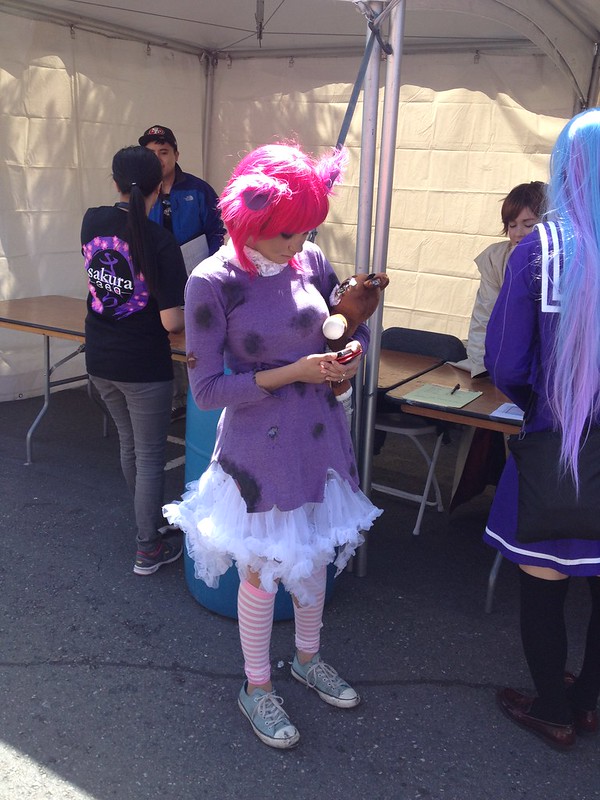 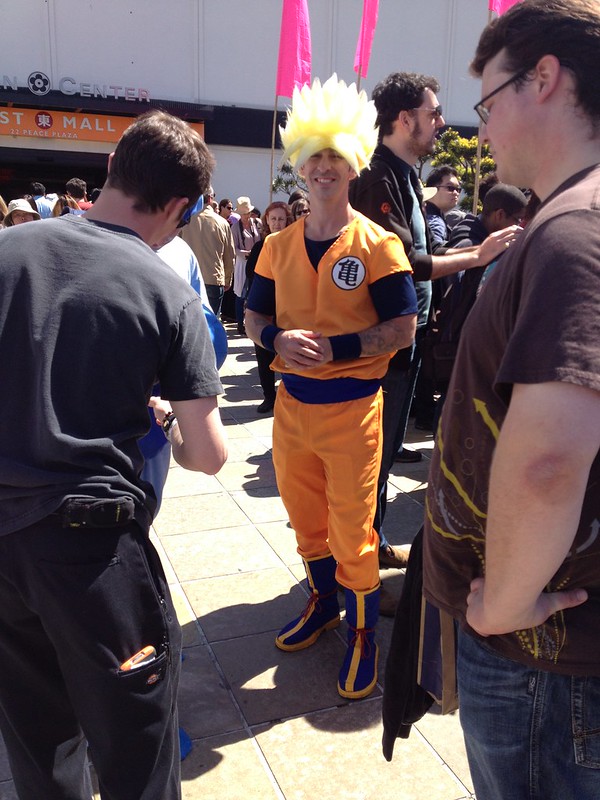 And of course the SF Giants (baseball team) made an appearance. 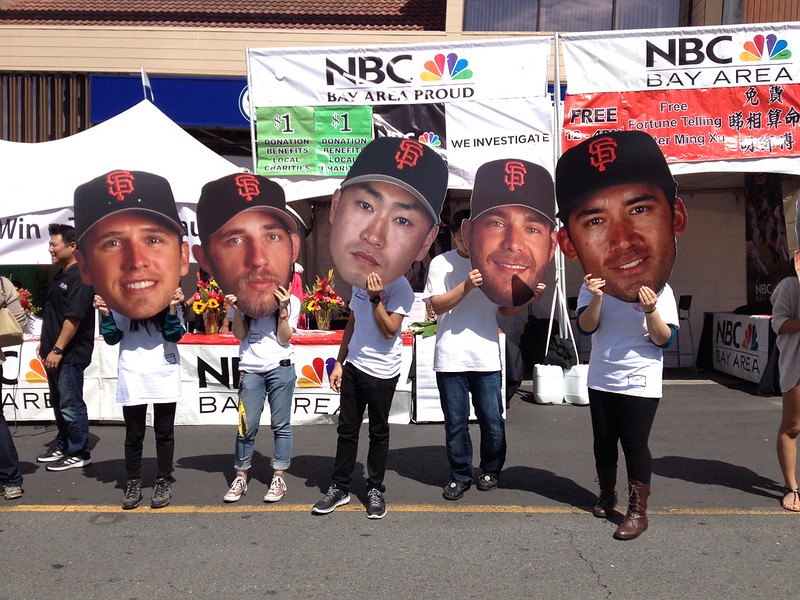 It was absolutely boiling hot in the sunshine so we didn't stay too long but it continues next weekend so I might go back... for another Moffle!


Posted by littlelixie at 12:12 am No comments: Links to this post

I joined Instagram purely in order to find swaps. I'm happy reading blogs and using facebook and Pinterest - I don't need another outlet. Having said that I have been posting occasionally and am @lixieyarnover if you'd like to link up. One of the swaps I found recently was the Fussy Cut Square one which has been going for a year already. I signed up for April and the theme was "Sewing". A few hours later and I had my twelve blocks. 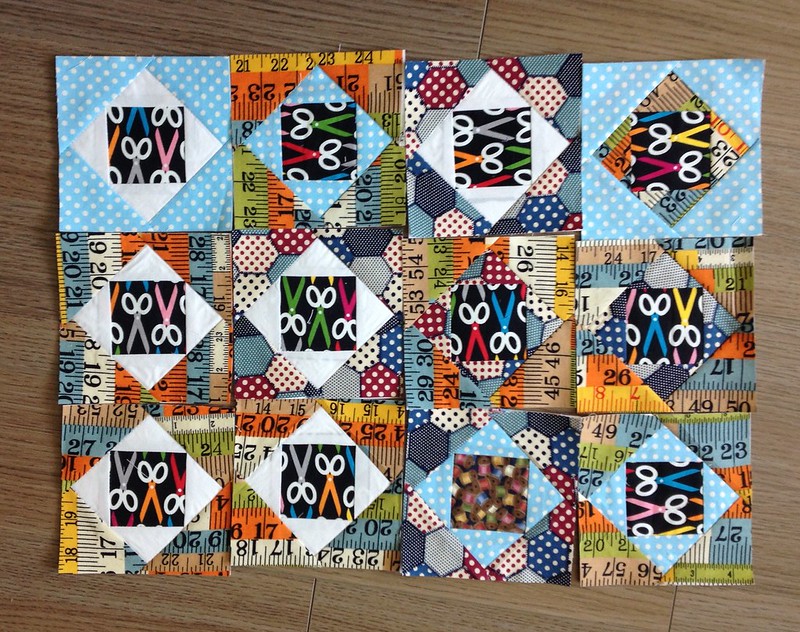 The blocks don't have to be the same so you can use up scraps. You also get a template which you use for paper piecing. This was just as well as my accuracy left a lot to be desired and on several blocks I had to redo the outer triangles several times to get to the right finished shape (4.5").

This is what Flickr user Amanda Kattner has done with her blocks. 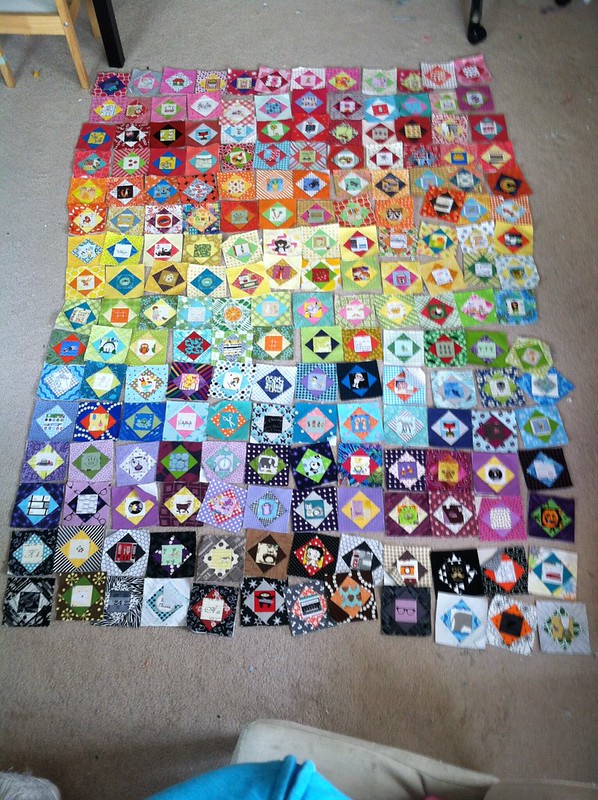 Isn't it amazing!? It is this image that inspired me to join.

Posted by littlelixie at 11:57 pm No comments: Links to this post