And Now For Something Completely Different

I am not a cosplayer. Except for this one time a few months ago for a party... 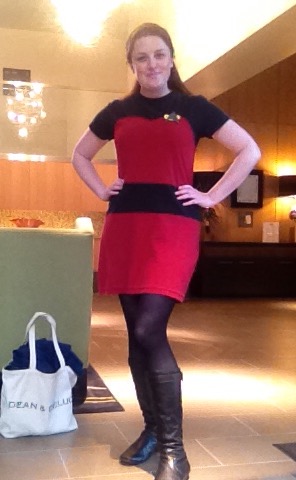 However, I am known as a stitcher. The Burning Man's French Quarter Collective has me involved in their sewing group and various discussions have seen me turn this... 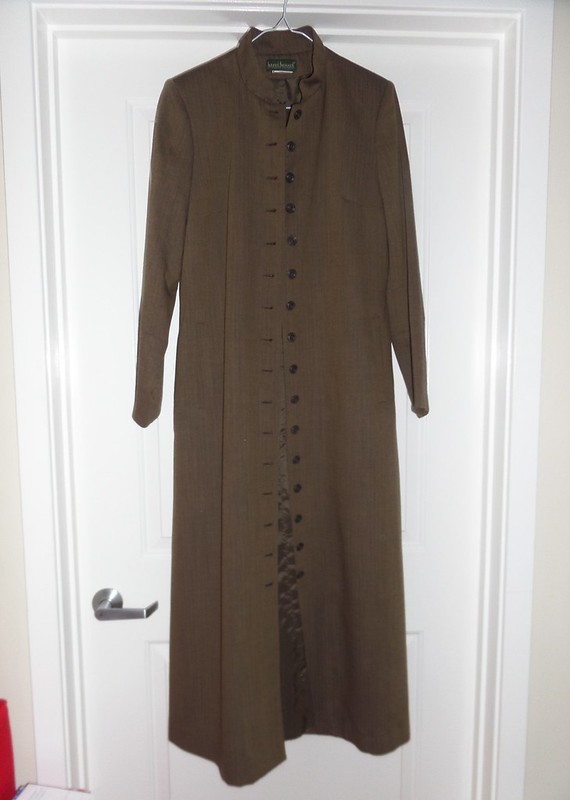 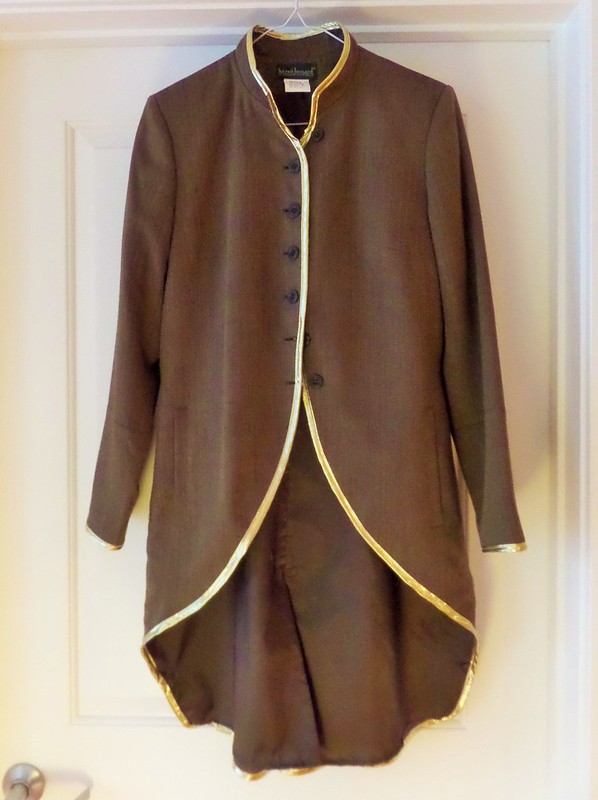 I am not sure how much of the theme is being made public before time so suffice to say there is a Regency style to the clothing. I am busily finishing a tutorial on how to do it yourself including a no-sew option for those who prefer good ol'glue.

The original coat was $11 in a thrift shop plus about $6 for two packs of gold bias binding. I was wondering whether to do some more and sell them on Etsy but you never really know whether this stuff will sell. And how much should be charged? Being second hand the coat wasn't in A1 condition to start with - more like B2 - but it is definitely good enough for a couple of weeks in the desert. It gets very cold at night, so they tell me.


Posted by littlelixie at 4:38 pm No comments: Links to this post

I happened across this pin the other day: 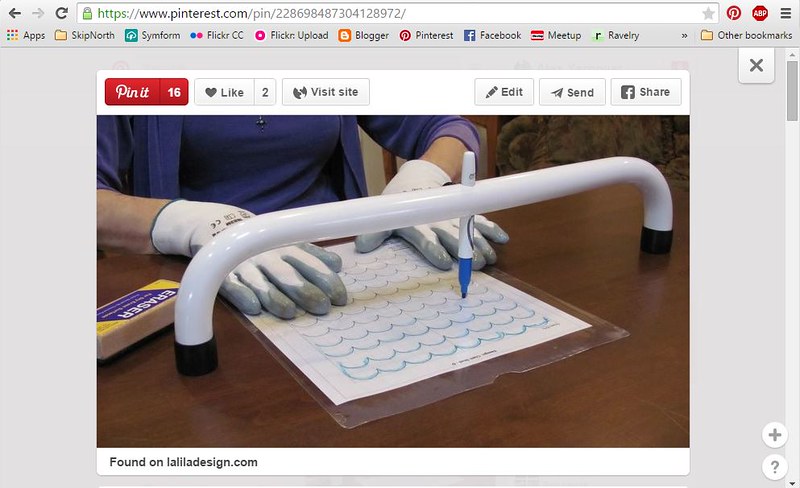 It was one of those moments when you see something - especially something that would look fairly ridiculous to the uninitiated - and think "bugger me, that's a good idea". I had recently attempted to enter the world of freehand machine quilting and the results had not been stunning. It's all very well to practice doodling but the motion with your hands when you're machine quilting are those shown in the pin - it's not like you're holding the needle at all. That pin leads to this website which offers one of these gadgets for $39 which is not a bad price but I thought I could possibly do one with plumbing supplies. PVC pipe and two elbows, I thought, having just looked up what those things that aren't really called "pipe bends" are called. Not knowing where to get plumbing supplies from in person I set off for Scrap - confident they would be able to do me right.

It is a strange sensation, to be wandering around a warehouse of scrap, looking for something that either is or could be used as "bends". In the end I found these. 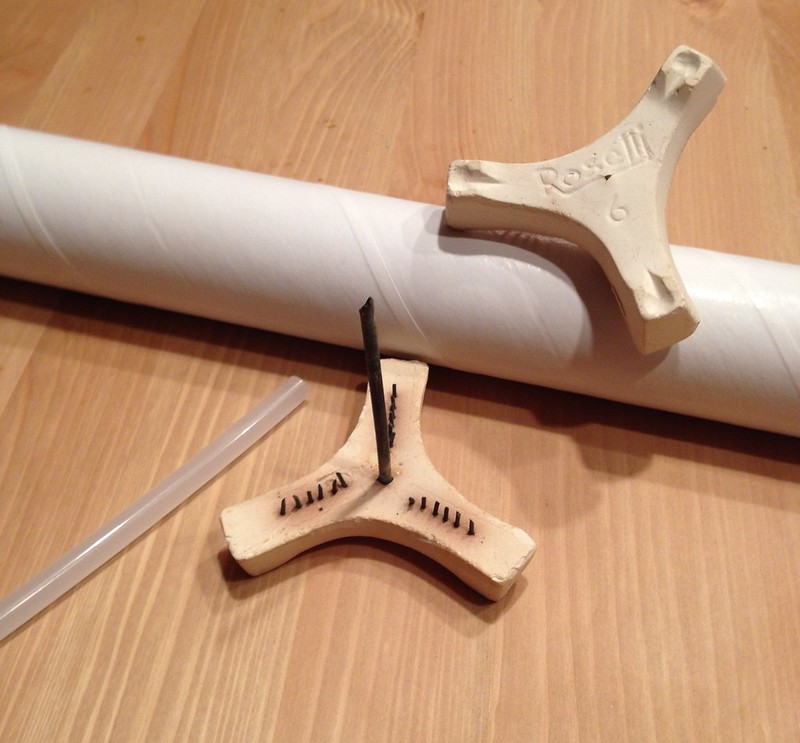 I *think* the fatal looking things are something to do with firing ceramics - holding the item up off the kiln shelf while it bakes. Those little spikes were certainly sharp. The tube is cardboard. A glue gun later and... 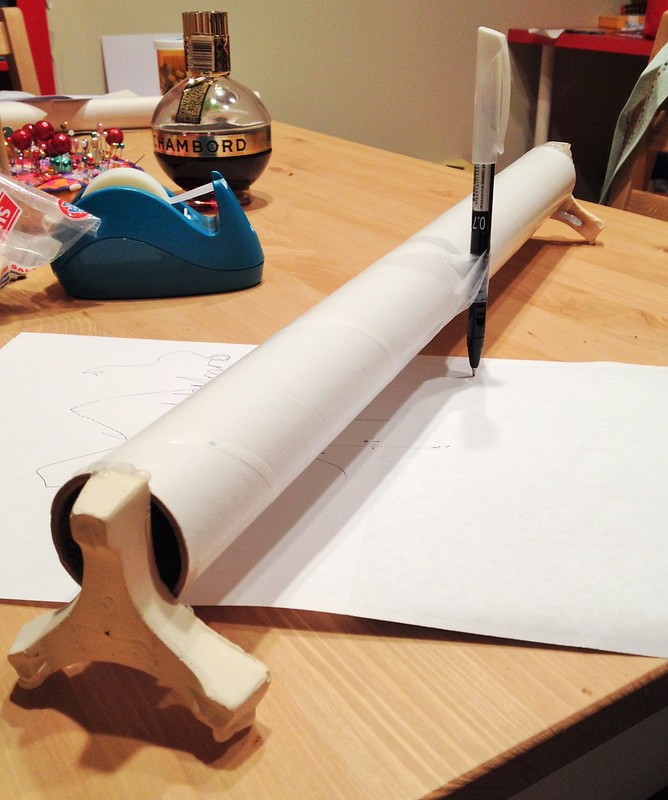 I added extra glue to the little spikes to make them less tetanus-y. Plus some more to the two feet of the ceramic things to give them some grip on the table top. I then taped a biro to the middle and ta da! 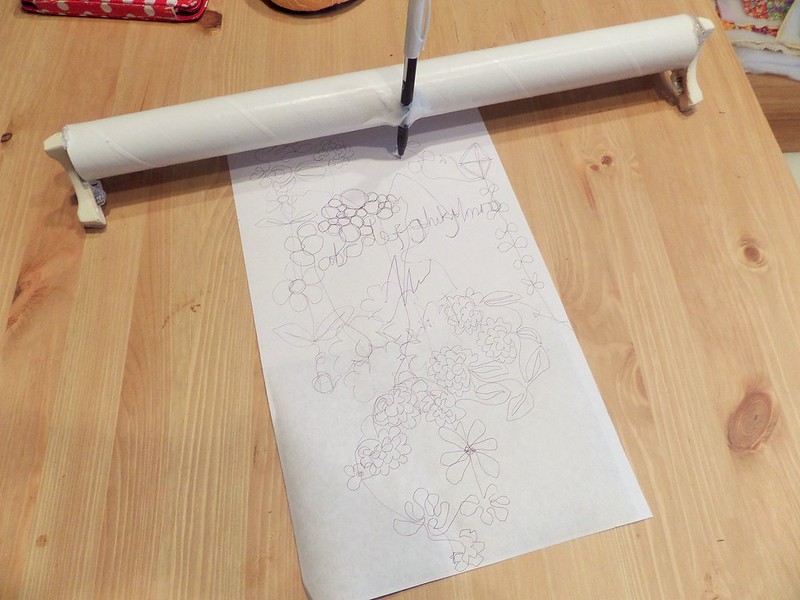 As you can see from the paper, there has been no instant improvement, although actually I have gained confidence and I have improved in my latest batch of squares. 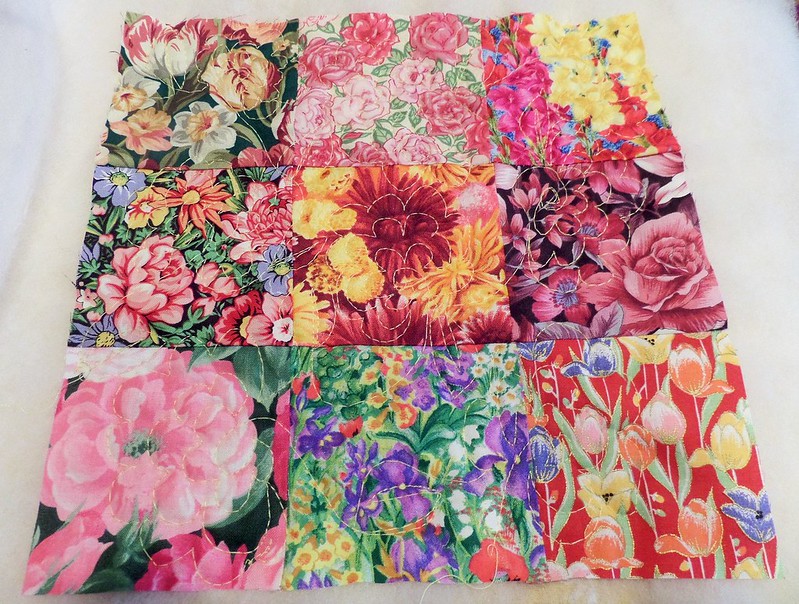 Yeah, you can really see the quilting in that photo. You'll just have to take my word for it.

The quilt itself  is for the Hands2Help initiative and the deadline for the drive is rapidly approaching. I'm using the method covered in the Craftsy course I've taken where you make the units and them join them later with strips. It means you can go in for some heavy quilting without needing a Long Arm machine.


Posted by littlelixie at 12:26 am 2 comments: Links to this post