When I first arrived in San Francisco I made it to two different knitting groups in one week, and then never returned to either. The people at both were very nice, it's just that I'm really not knitting much in this climate. It seems a bit too warm for it. At the same time I did discover that there was a SF Quilters Guild that met in Richmond (in the north west of the SF main area) once a month and I determined to go. Last week was the first meeting I'd been able to attend.

The Guild have monthly meetings with a general section and then a speaker and then also a day the following Saturday where they either do a community project or have a teacher come in. My luck was in when the speaker at this meeting was Susan Else, someone I had not heard of before but am now very happy to have come into contact with. I would definitely encourage you to go and look at the gallery on her website as her work is very impressive and she had brought some along to show us. 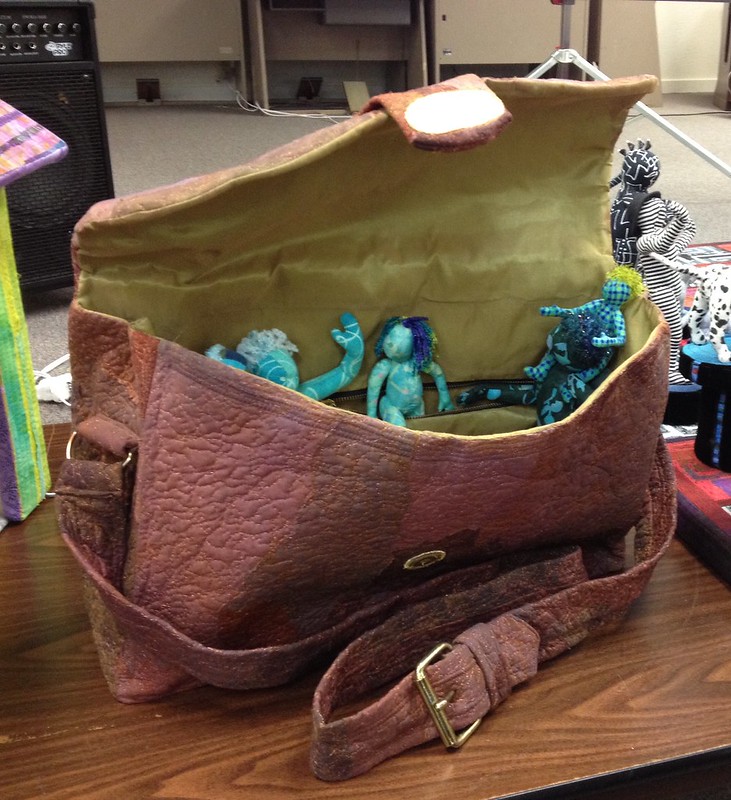 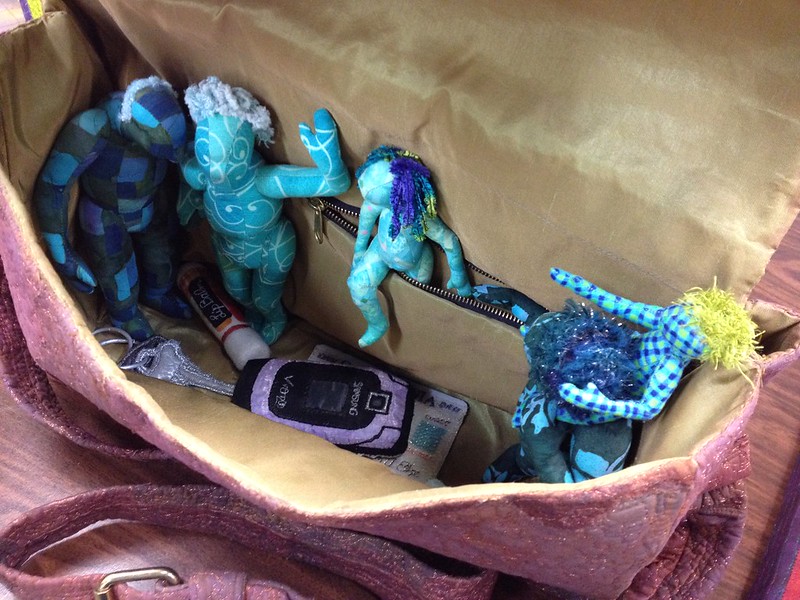 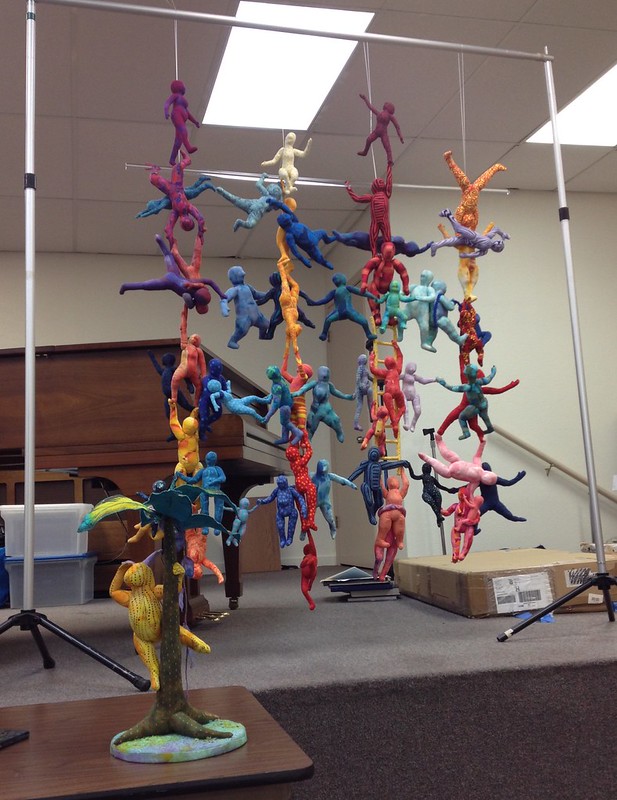 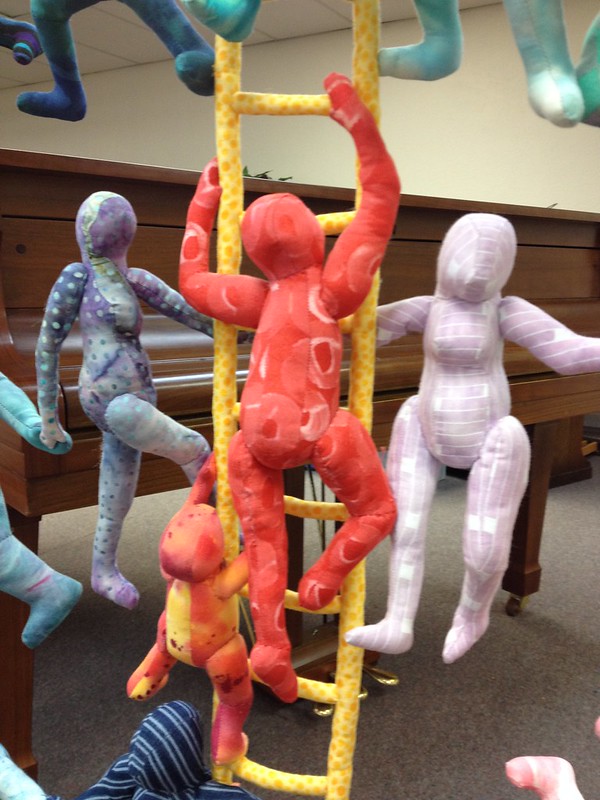 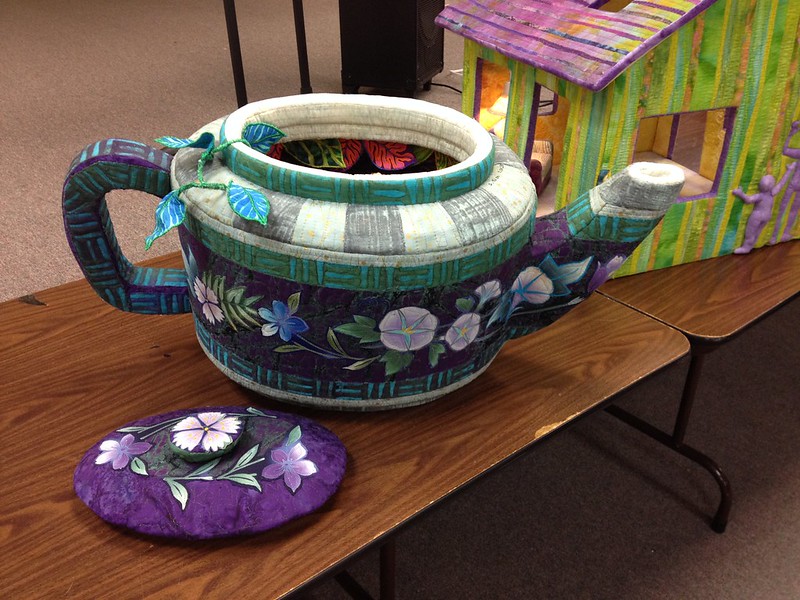 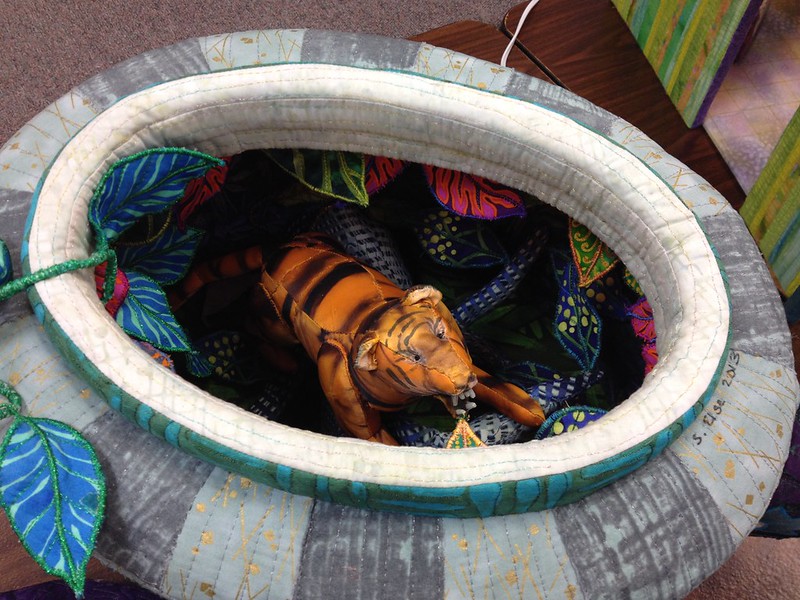 Aren't the pieces amazing? There were lots more and she also talked about how she makes them and her inspiration for each.

The people at the meeting were absolutely lovely and the President gave a very funny introduction and update at the beginning. I had had to sign in as a Guest when I arrived and during her intro she read out my name and asked me to stand up and everyone welcomed me - it was so sweet! Then later during the break (when there was tea and cake) people kept coming up to me to welcome me to the meeting and have a chat - I could tell this was something I wanted to come to regularly! So I am now a fully paid up member and will be going back next month and maybe even showing something in the Show'n'Tell!


Posted by littlelixie at 5:02 pm 2 comments: Links to this post

The Opposite of Body Dismorphia

As I was eating my breakfast this morning I perused the BBC News app, as is my wont, and read an interesting article on Body Dismorphic Disorder. I first read about it probably 10+ years ago in an edition of National Geographic and have occasionally pondered it since then because I think I have a version of it. Not because I think I'm ugly or unattractive (because actually I think I'm pretty feckin awesome and desirable) but because I constantly forget that I am not thin any more. I'm not saying I'm fat, but I'm overweight and a stone or two over where I'd ideally like to be. I'm a UK size 14 which is a US 10 and I look in a full length mirror everyday when I get dressed and I see all of me so it's not that I don't know what I look like. It's just that I keep forgetting and have a self-image of when I was about 22. So when I see myself in photos with legs more Oak than Willow, and chins more plural than single, I get a big shock.

Another National Geographic article - this one a mere 3+ years ago - remarked how our current historical era is in danger of being misrepresented in visual records because photographs are now so easy to take and delete that we instantly discard any that don't show us looking as beautiful and happy as possible. Will our future selves look back on the early 21st Century and think "Their economy was shot, they were fighting innumerable religious wars, their climate was burning up and yet they all look so darn perky. They must have been really stupid."? I thought of this once again when taking a selfie, having just been woken up from a nap by a kick to the face. 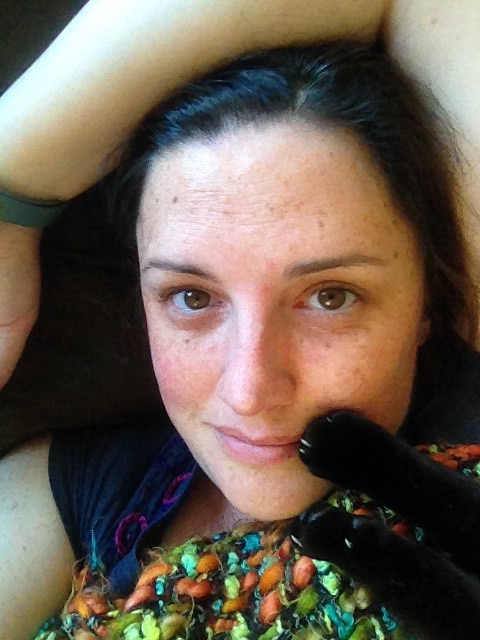 Darling Luna, having decided to nap not so much along side me as on top of me, was having a sleepy stretch when she raised me from my slumbers. I so enjoyed my week of evenings and weekend afternoons with her! Kicks and all. The point though is that when I initially took this photo, it was from a lower angle and there were chins present. Being a pro at this sort of thing I simply deleted that one and raised my phone somewhat. Problem solved.

Speaking of solving problems - our final piece of flatpack furniture, which had arrived with a broken piece, was completed yesterday by my fair and very attractive hands. I finally have somewhere to store my fabric and the small craft bits which have been piled on the floor under my sewing table since we moved in - happy day.

More reasons to be cheerful, were more to be needed, come from work where I was offered a permanent contract this week. I'd initially been on a one month trial and it has been going so well that my permanent one is at 30% more money than we originally discussed and I will have Options - something my stockmarket dabbling Dad tells me is a very good thing if the company ever goes public. The increase is partly because I am awesome (I did say early on in this post that I have a pretty high opinion of myself) and partly because I am now looking after the company's recruitment so I've suddenly got all these recruitment people wanting to connect with me on LinkedIn. I am continuing to enjoy working there, not least because on Friday they took us all to a theme park called Great America - all paid for including the queue jumping wristbands. There was a 'Snoopy Planet' area and... 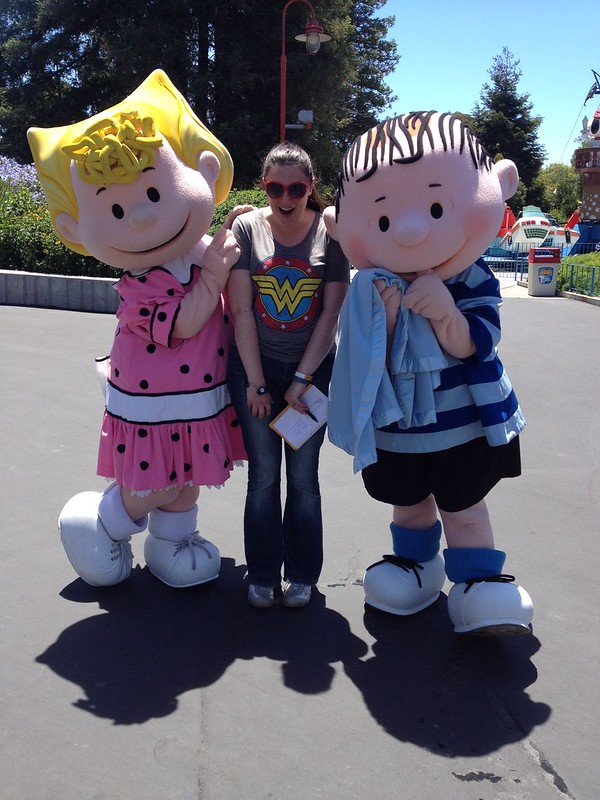 So exciting! I went on a wooden rollercoaster called Grizzly which was horrendous - I am not built for such excitement - and after that consoled myself with a go on the carousel. 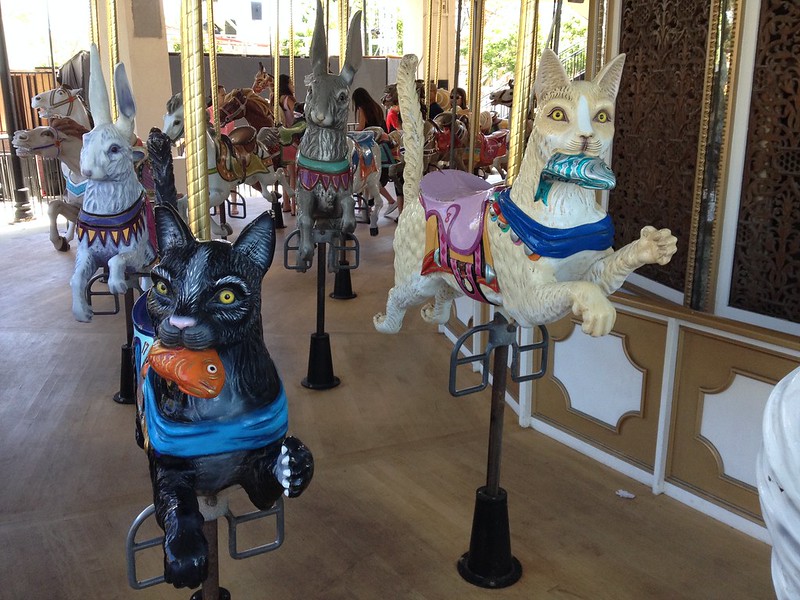 And who sits on a horse when there are fish-eating cats to be chosen? Awesome sauce!