Finished Item Round Up

I seem to have only been making things for other people for quite a while now. Not that I'm complaining, but perhaps I should do a little 'me' sewing. Despite that, here is the mini quilt I made for the Pusheen Swap that recently concluded on Instagram.

The explanation behind this quilt is a little complicated. The Pusheens are on the applique'd fabric and are the ones I printed and mentioned in my last post. 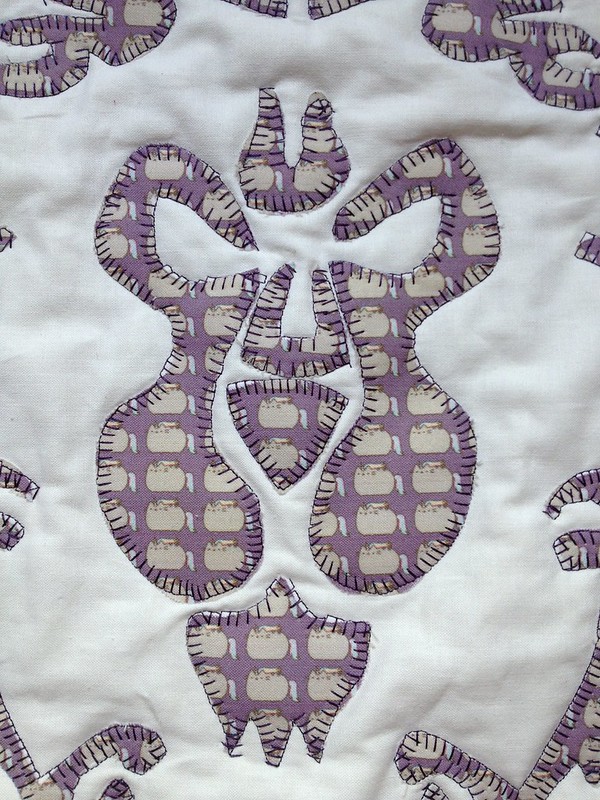 The lion's head of the symbol of the Alliance on World of Warcraft (a massive computer game), the unicorns are...unicorns and the most like colours of the recipient are purple and grey. I combined all of these references into one mini and accompanied it with this one-hour basket... 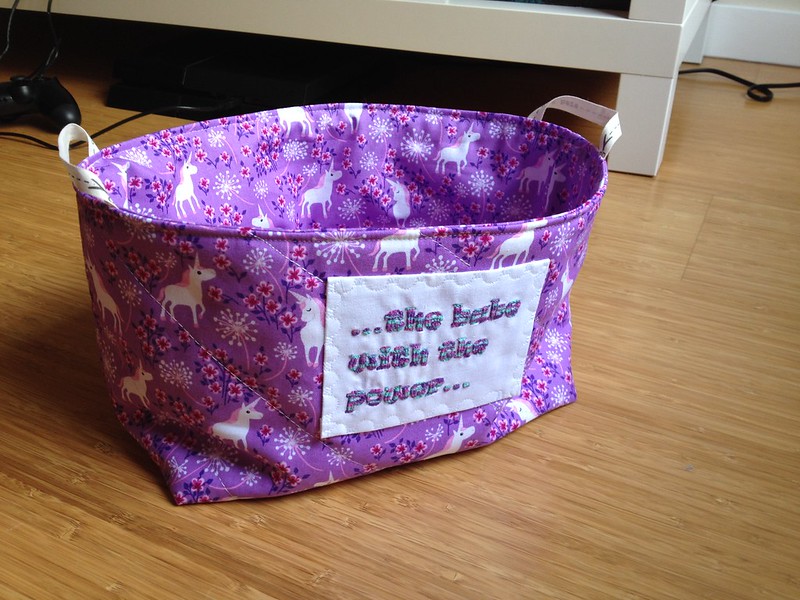 ...because the recipient is also a big Labyrinth fan. So having included elements of Pusheen, WoW, unicorns, purple and Labyrinth I then forgot to tell her which swap it was for and she had to puzzle it out by herself. She seem to have liked them though! These are the basket handles. 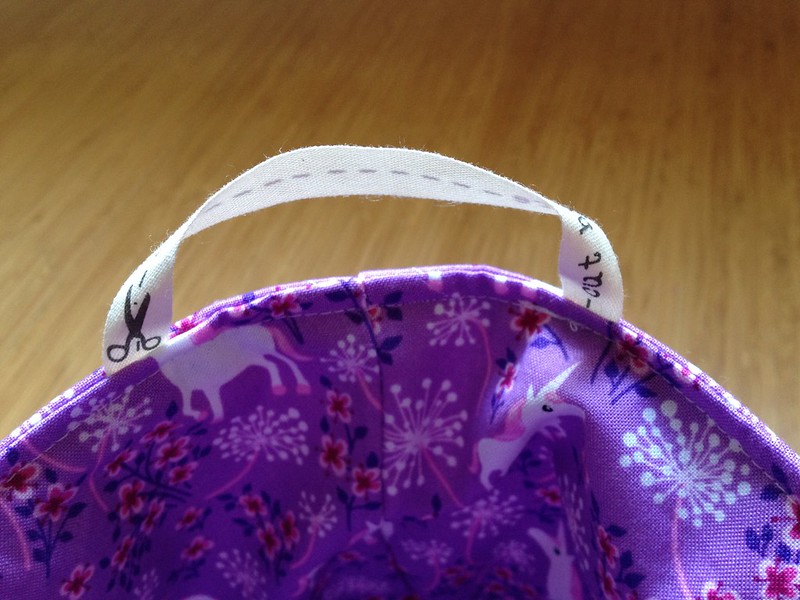 A dotted cutting line with scissors and 'cut here' printed on the ribbon.

I have been very much enjoying participating in the SF Quilt Guild for the last few months and at the July meeting they were asking for volunteers to bind some finished Community quilts. I stepped up and was given a *very* brightly coloured one about the size of a single bed. 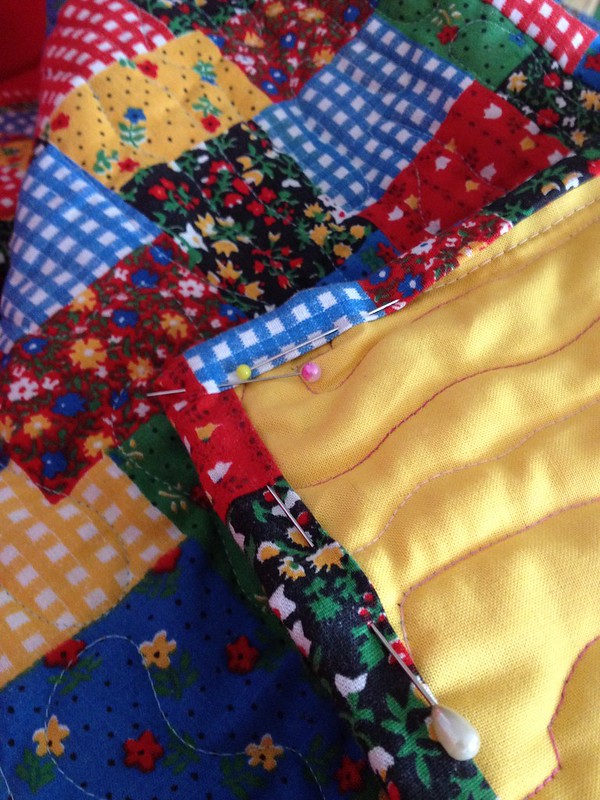 I duly delivered it back at this week's meeting and asked if they had any more. They didn't but they did need some more tops so I was handed a bundle of fabric and told to make a baby quilt. 6 hours later and ta da! 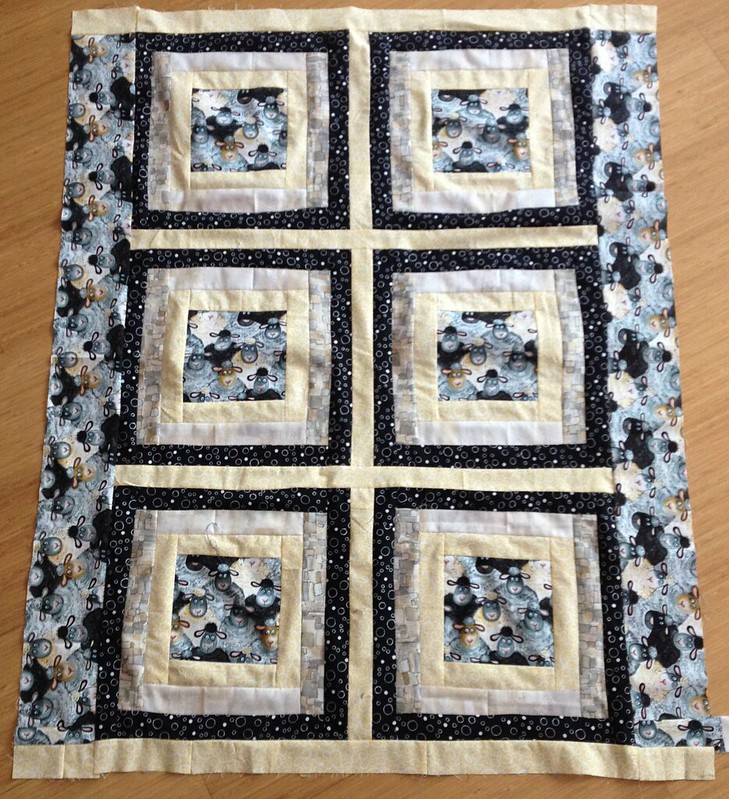 I was a little unsure about the black but they had included it in the bundle so off I went. I basically made it up as I went along but I knew as soon as I saw it that the sheep would have to be a focus. 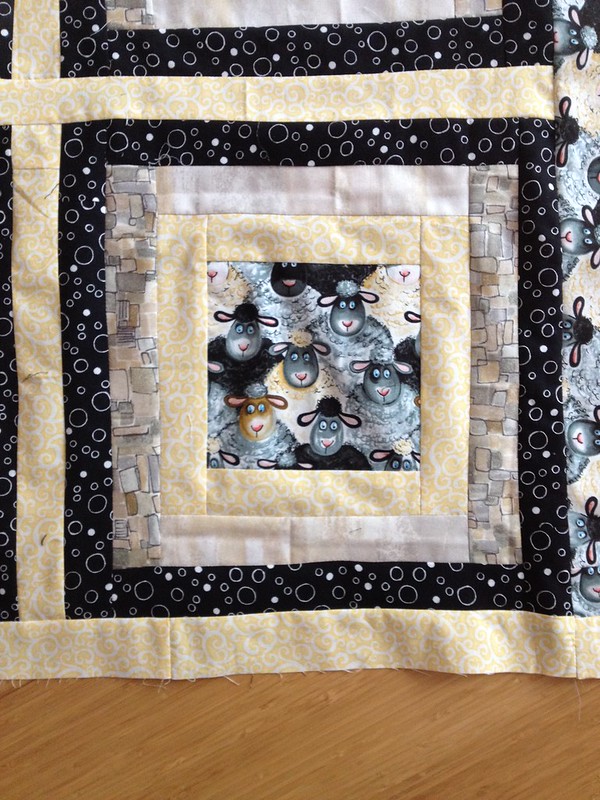 Overall I am pretty happy with it and will hand it over at the next meeting.


Posted by littlelixie at 12:54 am No comments: Links to this post